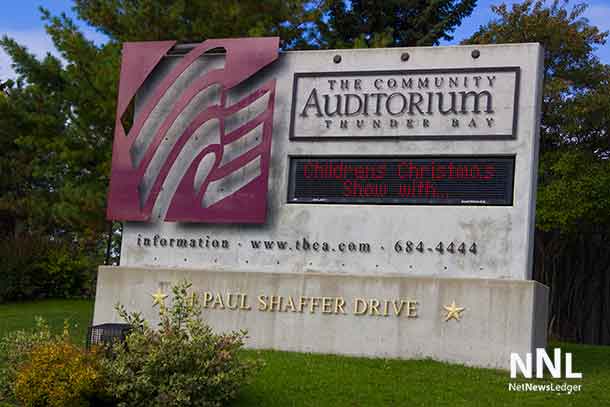 Chanie haunts me. His story is Canada’s story. This is about Canada. We are not the country we thought we were. History will be re-written. We are all accountable, but this begins in the late 1800s and goes to 1996. “White” Canada knew – on somebody’s purpose – nothing about this. We weren’t taught it in school; it was hardly ever mentioned.

“We are pleased to partner with CBC to present this opportunity for the entire community to come together to watch this powerful film. We are inspired by Gord Downie’s determination to share the story of Chanie “Charlie” Wenjack and history of the Indian Residential School era, and we hope this will promote much-needed healing and reconciliation in the Thunder Bay community. We encourage everyone to follow Gord’s lead and unite in the spirit of reconciliation and learn more about our shared history,” said Grand Chief Alvin Fiddler.

“This is a moment for all Canadians to come together to watch, and listen to an important part of our shared history. As a community it is my hope for us to unite and pay tribute to Gord Downie and his deep connection to Chanie Wenjack,” said CBC Thunder Bay Executive Producer Michael Dick.

The Secret Path broadcast will be held Sunday October 23 at the Thunder Bay Community Auditorium, 1 Paul Shaffer Drive, Thunder Bay. There is no charge for admission, but donations to Shelter House Thunder Bay are welcomed and encouraged.

The event will begin with a symposium and light refreshments from 7-8 p.m. followed by a traditional ceremony with drumming and prayers in honour of Chanie Wenjack, his family and Gord Downie from 8-9 p.m. The Secret Path broadcast runs from 9-10 p.m.

Sunday’s broadcast on CBC Television will follow performances by Gord Downie of his Secret Path album on October 18 in Ottawa and October 21 in Toronto. Members of Chanie’s family will attend both concerts and will be welcomed at the Thunder Bay event.

This month marks the 50th anniversary of the death of 12-year-old Chanie Wenjack, who died on October 22, 1966 after fleeing Cecilia Jeffrey Indian Residential School in northwestern Ontario. Travelling on foot in an attempt to make the 1,000-kilometre journey home to Ogoki Post, his body was found on October 23 along railroad tracks approximately 60 kilometres from the school near Kenora, Ontario.

The Secret Path film is an animated film adaptation of Gord Downie’s album and Jeff Lemire’s graphic novel. Working with Downie’s poetry and music, Lemire has created a powerful visual representation of the life of Chanie Wenjack. The film is divided into ten chapters, each a song from Downie’s musical retelling of Chanie’s story – from his escape from the Cecilia Jeffrey Indian Residential School, to his subsequent and heartbreaking death from hunger and exposure to the harsh weather. The final product is a uniquely immersive emotional experience – an insight into the life of a little boy who, as Gord has said, he never knew, “but will always love.”

Launched last week, The Gord Downie and Chanie Wenjack Fund is a catalyst to jumpstart reconciliation between Indigenous and non-Indigenous Peoples, part of Gord Downie’s legacy, commitment and recognition of the wounds that will take generations to heal.

Tributes to Gord Downie Pour In