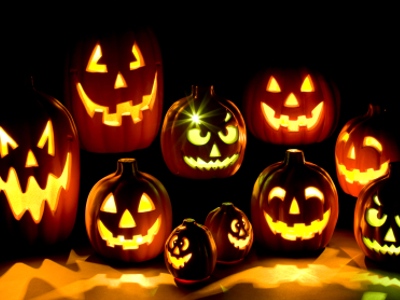 FALLACIOUS Sets the Scene for Halloween

THUNDER BAY – ENTERTAINMENT – Dee McCullay is no stranger to all aspects of film production, but this time behind the desk writing it as well. With 7 years of various productions, this is the first fully scripted film work I have done, from concept to pre-production & promotion.

I wanted to make something Halloween-esque, tipping it’s hat to the original Halloween [Film], and the season in general.

Fallacious stars Taylor Belisle – Crider, Kyle Turner, Emily Cunningham & James McCauley, as Belisle – Crider has a twisted trick to play on Turner, who plays  Terrence Saville. She swiftly changes masks, much like dawning a new personality and comes back. But this time to terrorize the man with her excessive knocking, even after he turns his porch light out,  likened unto the Raven who just won’t go away.

As Saville is fallaciously lead to believe he has been left alone, the terrible trick or treat-er is already in the house and waiting for her time to pounce, and boy does she have a trick to play. As the blood begins to gush, it seems there is more going on than first glance, as we find the murder began next door.

The score begins with a single noise from first frame, and builds into an orchestra of intensity as suspense builds into a crescendo of terror for any little trick or treat-er who might come across the horrible scene.

Released October 10, plans are already in the works to shoot a second installment, as the script is already set to go, and delves deeply into the mind of this knife wielding maniac, as we see why and what next.

Thunder Bay as a Film Community

Thunder Bay has a growing and increasingly successful film community. There are many talented film makers, actors, and the resources needed to boost and build the city as a place for movies, short films, and documentaries.

“By investing in film productions, our government is diversifying the Northern economy and providing economic and job opportunities for local businesses and communities. These investments demonstrate our government’s continued commitment to building up the North,” enthuses Michael Gravelle, Minister of Northern Development and Mines and Chair of the NOHFC.

“Northern Ontario is quickly becoming a hot spot for film production due to its unique scenery, first-rate shooting locations and talented pool of crew and service providers. I am proud that support from our government is helping to bring more projects to the region, building its reputation as a prime destination in the industry.” stated Eleanor McMahon, Ontario’s Minister of Tourism, Culture and Sport.

With a solid base starting at Confederation College, and growing out across the region, film makers, and movie makers from not only the local region, but the world can find a home in Thunder Bay, and Northwestern Ontario.

Having a Safer Halloween