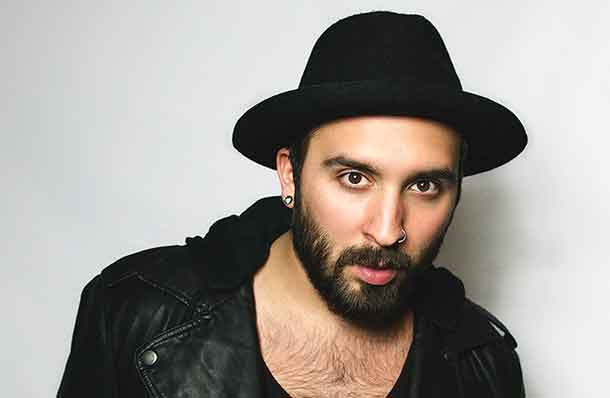 TORONTO – ENTERTAINMENT – Marking a CNE-first, Canada’s largest fair has confirmed plans for a live broadcast of “CBC and The Tragically Hip present The Tragically Hip: A National Celebration” on Saturday, August 20th from the Canadian National Exhibtion to the delight of thousands of spectators and music fans alike. Ontario’s beloved sons, The Tragically Hip, have embarked on a sold-out celebration tour across Canada, which will culminate in their hometown of Kingston, ON, later this month.

“The CNE is proud to be one of the sanctioned events to broadcast The Tragically Hip concert live from Kingston, ON,” said Virginia Ludy, CNE General Manager. “This concert is destined to be one of those great Canadian music moments in time. It’s going to be a monumental event to watch and be a part of a national celebration.”

The highly anticipated concert event will air live on the CNE’s Bandshell Stage on Saturday, August 20 at 8:30pm ET, immediately following an energy-packed concert by Jefferson Starship beginning at 5pm ET. ALL concerts, including the CBC and The Tragically Hip event, are FREE with admission.

The broadcast event tops off a stellar lineup of concerts at the Bandshell running from August 19 to September 4, including the recently announced addition of Ria Mae and Coleman Hell taking the stage on September 1.

Randy Bachman – August 19, 7:30pm
Randy Bachman is widely regarded as the “architect of Canadian rock ‘n’ roll” due to the unforgettable anthems he has written, which have become pop-culture touchstones. His many hit songs include, “You Ain’t Seen Nothing Yet,” “Taking Care of Business,” “American Woman,” “No Sugar Tonight,” and “These Eyes.”

Jefferson Starship – August 20, 5pm
Jefferson Starship is one of the seminal bands of the 1970s and 1980s, remembered best for their contributions to the psychedelic and progressive rock movements. Although founding member Paul Kanter passed away in January 2016, Jefferson Starship continues to tour with longtime members David Freiberg, Donny Baldwin, Chris Smith, Jude Gold, and Slick Aguilar, who will be playing with the band for the first time since 2012.

Aloha Elvis – August 22, 7:30pm
Based on the Elvis Presley concert, Aloha From Hawaii, the CNE Bandshell is pleased to welcome back award-winning Elvis tribute artist, Steve Michaels for a new tribute to the King of Rock and Roll. Michaels, accompanied by the TVB Band, has meticulously recreated Elvis’s iconic Hawaiian concert note for note, word for word and song for song.

Luciano – August 24, 7:30pm
Luciano is a recording artist and an international ambassador of Jamaican Reggae music. His career spans two decades, beginning in 1993 with the release of his hit singles “Give My Love A Try” and “Shake It Up Tonight.” Since 1995, Luciano has been touring all over the world. Luciano was also nominated for “Best Reggae Album” at the 2001 and 2016 Grammy Awards.

George Canyon – August 26, 7:30pm
George Canyon is a two time JUNO Award winner with nearly 400,000 albums sold worldwide, as well as multiple acting roles on television, and a radio show, Down East Country with George Canyon, which launched in 2015. Canyon will be making his only Toronto stop at the CNE in support of his latest album and tour,
I Got This.

Dean Brody – August 27, 7:30pm
Earning his second platinum-selling single in 2015, Dean Brody recently won Video of the Year at the 2015 Canadian Country Music Association Awards (CCMA) for his hit “Upside Down,” from his most recent album Gypsy Road. He also performed at the 2016 JUNO Awards and the Grand Ole Opry earlier this year.

Jess Moskaluke hails from Langenburg, Saskatchewan and has been celebrated as the first female Canadian country solo artist since Shania Twain to achieve gold single status with her hit track “Cheap Wine and Cigarettes.” Much like High Valley, Jess Moskaluke has opened for big name country artists such as Paul Brandt, Dean Brody, and Chad Brownlee.

The Legendary Downchild Blues Band – August 29, 7:30pm
Known best as the inspiration for Dan Aykroyd and John Belushi’s hit film The Blues Brothers, the Legendary Downchild Blues Band celebrated their 45th anniversary with the release of Can You Hear the Music, which won Blues Album of the Year at the 2014 JUNO Awards. Their performance at the CNE will include classic songs from their illustrious career including “Flip Flop & Fly,” “I Got Everything I Need (Almost),” and “Shotgun Blues.”

Scott Helman & Tyler Shaw – August 30, 7:30pm
Scott Helman is a singer-songwriter from Toronto, who was most recently nominated for Breakthrough Artist of the Year and Pop Album of the Year at the 2016 JUNO Awards. Helman will be performing his debut EP Augusta at the Bandshell, which includes the singles “Bungalow,” “Somewhere Sweet,” and “Cry, Cry, Cry.”

In 2014, Tyler Shaw was nominated for a JUNO Award for Breakthrough Artist of the Year. Tyler’s current single “Wicked” is charting in the Top 10 on Canadian radio and is poised to be his biggest single to date. This past spring, Tyler joined Selena Gomez on select dates on the Canadian leg of her Revival World Tour.

A Great Big World – August 31, 7:30pm
A Great Big World released their smash hit “Say Something” in 2013, with a performance on the reality show The Voice alongside Christina Aguilera. 2015 brought on A Great Big World’s second studio album, When the Morning Comes, which includes the singles “Hold Each Other” and “Oasis.”

Ria Mae & Coleman Hell – September 1, 7:30pm
Touted as the 2016 Spotlight Artist by Spotify Canada, Ria Mae has earned quite a name for herself. The release of her debut single “Clothes Off” was enormously successful, as the single was certified Gold in Canada, garnered more than 1.6 million views on Vevo, and was also nominated for Single Of The Year at the 2016 JUNO Awards.

Coleman Hell’s breakout hit, “2 Heads,” is nearly three times Platinum in Canada and has been streamed over 100 million times globally. His follow-up single, “Fireproof,” is quickly becoming one of this year’s summer anthems as it climbs the Canadian radio charts.

The Trews – September 3, 7:30pm
After releasing their fifth studio album in April 2014 and an acoustic album in late 2015, The Trews are ready to take the Bandshell stage and perform some of the singles from their internationally acclaimed self-titled album as well as singles from their previous albums. Their album, The Trews, features the hits “Under the Sun,” “What’s Fair is Fair,” “Rise in the Wake,” and “New Kings.”

Walk Off The Earth – September 4, 7:30pm
Closing off the CNE Bandshell Concert Series is Walk Off the Earth, the platinum Canadian quintet that soared to fame following a cover of Gotye’s “Somebody I Used To Know” which garnered 168 million views on YouTube and landed them a recording contact with Columbia Records. In May 2015, Walk Off The Earth released their second album Sing It All Away, which includes the single “Rule The World” and their newest hit “Hold On.”