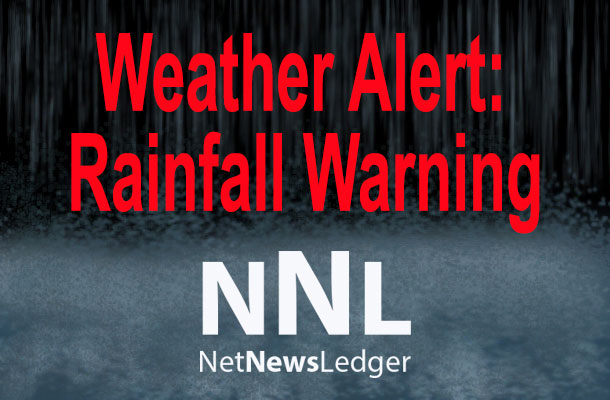 THUNDER BAY – The region around Thunder Bay is under a rainfall warning put in effect by Environment Canada.

Rain, at times heavy, is expected with rainfall totals of 40 to 60 mm expected by tonight.

Rain is expected to continue today. Total amounts of 40 to 60 mm are expected in most places. The rain will taper off early Monday.

Caution is recommended near rivers and creeks.

The heavy rain is being caused by a very slow moving low pressure system passing to the south of Lake Superior.