WINNIPEG – The death of Tina Fountaine in Winnipeg was the final straw for James Flavel. That homicide, combined with the disrespect shown to the teenager’s body resulted in the re-formation of the Bear Clan Patrol in Winnipeg.

One an average night that the Bear Clan Patrol is out on the streets of the North End Winnipeg neighbourhood, there are about 20 people out patrolling the streets.

The program is slowly generating success. From his office in Winnipeg, sitting behind an older style wooden desk, Flavel states that the passion of the mission of the Bear Clan Patrol is what fuels the growing team.

In an interview with NetNewsLedger, Flavel says that over time the group has continued to grow, and they are expanding the number of evenings that they are out on the streets.

The group has been connecting across Canada with like-minded groups from Labrador, Saskatchewan, Ontario including Thunder Bay, as the success of the Bear Clan Patrol continues to grow. 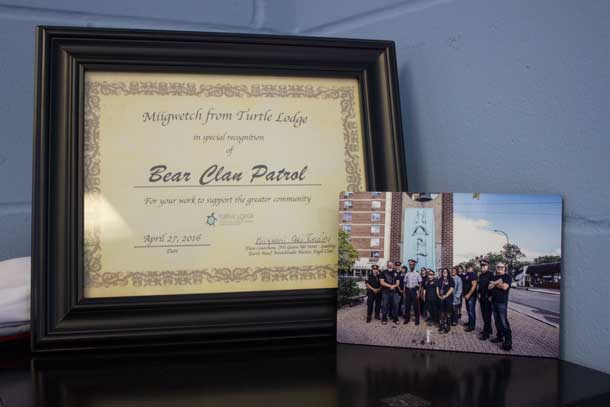