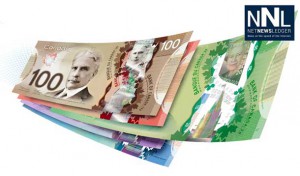 TORONTO – “Political fundraising in Ontario doesn’t pass the stink test,” says GPO leader Mike Schreiber. The Green Party of Ontario leader is challenging the Liberal government under Premier Wynne to ban corporate and union donations to political parties in Ontario.
The GPO is also pushing the government to amend the Municipal Elections Act to allow municipalities to ban such donations. The City of Toronto has done this, but other municipalities do not have provincial authority to do it.
“People are sick and tired of reading stories about big ticket events that give deep-pocketed insiders special access to Ministers and the Premier,” says Schreiner. “Serious questions about special deals are being raised. Corporate and union donations have no place in politics.”
The federal government banned corporate and union donations to political parties in 2003 and extended the ban to include donations to candidates in 2006. The new Alberta government made banning corporate and union donations their first legislative act in 2015. The GPO believes it is time for Ontario to clean up its act.
“Citizens vote, not corporations,” says Schreiner. “Government policy should be focused on what’s good for the public. Even the perception that big money might have influence in securing special deals or driving policy decisions is bad for democracy. What about the 100 companies being given a free ride under the new cap-and-trade plan? Are any of them donors to the Liberal party?”
The GPO supports campaign finance reforms that ban corporate and union donations, limit third party advertising and provide some public financing for eligible parties.
“It’s past time to get big money out of Ontario politics,” says Schreiner.
The GPO is on a mission to bring honesty, integrity and good public policy to Queen’s Park.

Will Canadians Go to the Polls on September 20th?