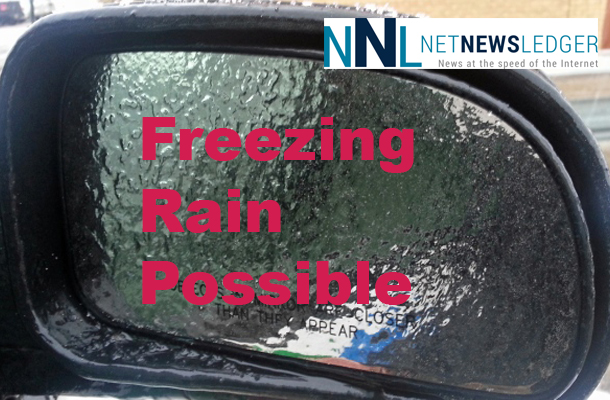 THUNDER BAY – WEATHER – Freezing rain is in the forecast for much of Northwestern Ontario for Tuesday. The warnings are likely to impact travel by road and by air.

With the northern air hubs of Pickle Lake and Sioux Lookout under the warnings, air travel could be impacted on Tuesday.

Environment Canada says, the “Latest indications suggest freezing rain and ice pellets will reach Northwestern Ontario after midnight tonight, then rapidly spread eastward into areas near and east of Lake Nipigon overnight. A changeover to rain is anticipated late Tuesday morning near the Manitoba border and Tuesday afternoon for areas east of Lake Nipigon as temperatures rise above the freezing mark”.

Travelling conditions are expected to deteriorate quickly after the freezing precipitation arrives. Untreated surfaces may become icy and slippery.