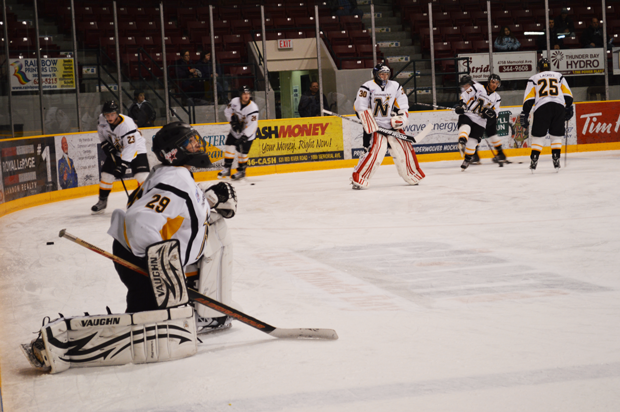 Head Coach Jeremy Adduono, who is 13-7-0-0 since taking over the bench on November 20, has the North Stars solidly positioned in third place of the SIJHL standings. With 17 games remaining on the schedule, staying in the top three may prove important for solid positioning in post-season play.

Last season the North Stars finished fourth, just six points back of second place, and were forced to play a first round best-of five series against the fifth place finisher. After a three-game sweep of English River Miners the North Stars next faced the top seeded (and well rested) Fort Frances Lakers, who eliminated Thunder Bay in four straight games.

The North Stars will open the SIJHL Showcase with a matchup against league-leading Fort Frances (28-6-0-1) on Tuesday afternoon in Hoyt Lakes. Despite trailing the Lakers in the standings the North Stars have have been successful against the defending Bill Salonen Cup champs, winning four of the teams seven meetings so far.