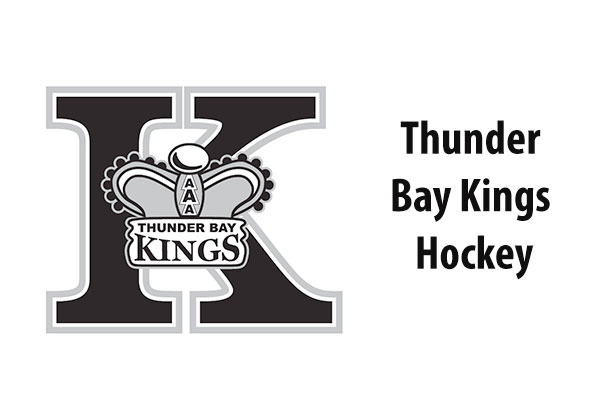 It was a rocky start for the major midget Kings in their contest against California as they fell behind 3-0 after one period of play, including giving up the game’s opening tally 56 seconds in.

The Titans added one additional marker in the second and third and rode the shutout goaltending of Rett Rook to secure the win.

Ryan Fanti faced 24 shots in net for Thunder Bay in the loss for the U-18s.

In the Kings U-16 contest, the Stars came out flying outshooting Thunder Bay 18-2 in the opening period and were rewarded with two tallies just over a minute apart to go up a pair after one.

The Kings would cut the deficit in half with the lone marker of the middle session when Jayden Mrakic notched an unassisted power play effort at 9:07 of the second.

Esmark restored their two-tally cushion five minutes into the final frame, but the major midgets countered that as Fletcher Anderson finished off a feed from Robert Tyska with 4:58 to go.

Thunder Bay would get no closer however before time expired.

Goaltender Seth McKay was solid keeping the Kings in the game finishing with 31 stops on the afternoon.

The Philadelphia Little Flyers and the Wenatchee Wolves from Washington State are on the major midget’s NAPHL slate Saturday at 8:30 a.m. and 8:30 p.m. respectively while the minor midgets go against the Pike’s Peak Miners of Colorado at 1 p.m.