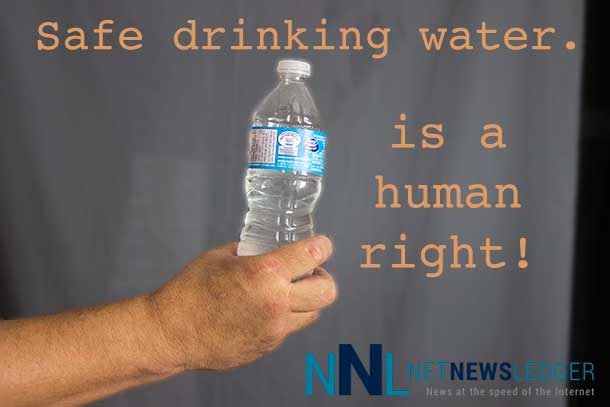 Grassy Narrows – Today the Grassy Narrows First Nation are declaring a state of emergency over unsafe drinking water conditions in the community. The community is delivering bottled water door to door to ensure that their families, many of which have already been impacted by mercury poisoning, have safe drinking water. Drinking water tests done by the Ontario Ministry of the Environment found turbidity at a level 120 times the safety limit. Chemicals that are possible human carcinogens were also present at elevated levels.

“We are scared that our drinking water has been unsafe for a long time now and the federal government does not seem to care at all,” said Councilor Rudy Turtle. “Our people have already been poisoned by mercury and now we have to deal with unsafe drinking water.”

Parts of the community have been on a “Do Not Consume” water order for over 2 years due to elevated levels of uranium, while the entire community has been on a “Boil Water” order for over a year. However, boiling water does not remove the chemicals that are a possible carcinogen. It is likely that these drinking water conditions persisted for at least 15 years before provincial MOE testing highlighted them and federal advisories were put in place. A Bimose Tribal Council assessment from 2001 rated the community water system as high-risk for public health due to the levels of turbidity and some of the same cancer related chemicals found by the MOE in 2015 (THMs).

Water treatment on reserves is primarily a federal responsibility.

“We lack the resources needed to fix and upgrade our drinking water system, so we are bringing in bottled water to make sure that the water our children and elders are drinking will not hurt them,” said Health Director Wayne Hyacinth. “We had to take action now because we fear that someone will be hurt while the federal government is missing in action.”

Basic parts of the water treatment plant are missing while others are broken. The low-income community lacks funds to carry out the necessary repairs and upgrades. Many of the current treatment plant deficiencies were identified in the 2001 report.

The boil water advisory was not issued until after a drinking water specialist from the Ministry of the Environment began visiting the treatment plant and monitoring the drinking water in May 2014. He quickly found that turbidity levels were at 120 NTU, while the health limit for turbidity is 1 NTU and the guideline goal is 0.1 NTU. Further testing this summer identified tricholormethanes (THMs), haloacetic acids (HAAs), and hexaclorcyclopentadiene in the drinking water. These are disinfectant byproducts (DBPs) that are likely created when chlorine treatment reacts with organic matter in the turbid water. DBPs are considered to be a possible human carcinogen and have been linked to cancer of the liver and bladder. They are not removed by boiling.

Tests done at the Grassy Narrows Daycare in 1999 found some of the same DBPs above the guideline level (THMs).