THUNDER BAY – Thunder Bay Police Service are continuing their investigation into two separate overnight robberies that occurred at Mac’s Mart Convenient Stores in the northside of the City.

At 11:45PM EDT, a male suspect entered Mac’s Mart on Balsam Street armed with a knife and demanded money from the clerk and then fled on foot with an undisclosed quantity of cash.

A short time later at 1:35AM EDT, a male suspect with a similar description also armed with a knife entered Mac’s Mart on N. Cumberland and again demanded money from the clerk and fled on foot.

The male in both robberies is described as being Native Canadian, approximately 50 years of age, 6 foot, heavy set, wearing a blue zipped-up hoodie, pants, and sunglasses.

Anyone with information is asked to phone Thunder Bay Police Service or Crime Stoppers www.tipsubmit.com 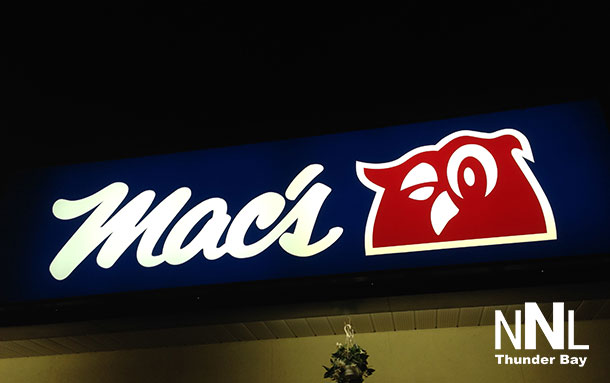