THUNDER BAY – There are good intentions in abundance in the downtown Fort William neighbourhood. As a part of our community that needs attention, the downtown south neighbourhood appears to have the attention of the politicians, business owners, as well as Thunder Bay Police, the Guardian Angels, and the Crime Prevention Council.

There is a reason for all of that needed attention. Over the past decade, the Fort William downtown has seen increased crime, increased evidence of addiction, closed shops and businesses.

Today, that is starting to change. Much of those good intentions are starting to pay off in the start of seeing positive results.

It has taken a lot of effort on behalf of a lot of different people. It is taking new ideas and innovation on the part of entrepreneurs. It is a work in progress, but there is evidence of progress.

It has taken the Guardian Angels who have located their headquarters on May Street.

It has taken street patrols during the day by the Thunder Bay Police Service.

It has taken listening to customers. At Victoriaville, there are now yellow line boxes that outline the smoking areas, and people who are loitering or breaking the smoking by-law are being ticketed.

The Crime Prevention Council has taken a lead, first with a walkabout last year, and now with more action. A weekend clean up on Saturday is evident in a much cleaner downtown today.

There are new businesses that are investing in the area. 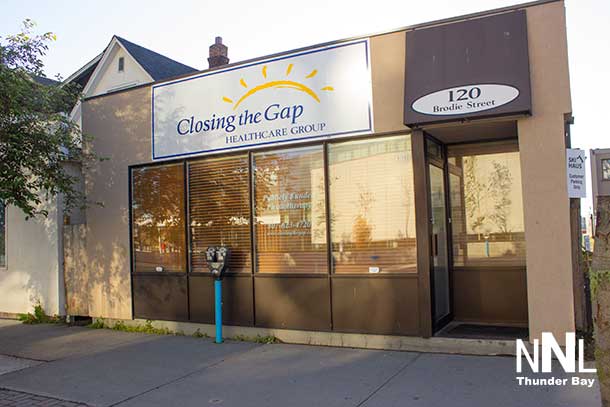 Norma Jeans on May Street has opened on weekend, and is now open for breakfast on Sunday too.

That is not to paint only a positive picture and ignore that there is still a lot of work that has to happen, but to ignore the effort would be to miss tell the story of the downtown Fort William.

Those willing and working to buildup downtown Fort William need the full support of City Hall. Mayor Hobbs stated restoring the Fort William downtown is what he is seeking as a legacy project for this term of Council.

That is a goal that will help all of Thunder Bay.

Some of the issues are still very apparent downtown. But perhaps the real issue is there is hope.

Solutions Are Needed – Many are easier to do than others

In terms of action items that could be done:

There are way too many Styrofoam containers littering downtown streets in the Fort William Neighbourhood. Perhaps one of the generous donors to Shelter House could purchase them containers from The Green Shift, or a similar company.

Their products biodegrade in a hurry. Having non-toxic, biodegradable cups, plates bowls, containers and cutlery would go a long way toward helping keep downtown cleaner.

Thunder Bay has a needle exchange, that is not really an exchange.

A solution would be packaging the bags of syringes in smaller numbers. Over the past several years, seeing eighteen or nineteen unused syringes littering out downtowns is economically wasteful, and dangerous for youth and others.

Having two-packs, four packs, and only giving out the larger numbers as a part of an exchange would work wonders for increased community safety.

Downtown street lighting remains a solvable issue. Many of the street light shine outwards rather than downwards. It looks good, and likely was shown off as a great project by a designer, but it does not light the sidewalks to enhance safety and encourage people to be downtown.

For homelessness, the real issue perhaps is to not look at merely housing homeless people, or even just shelter them for a night.

The real issue is helping people to make the choices that will lift them up out of the issues they face.

Thunder Bay has issues with addiction, but even Kenora has more facilities for treating those addictions. In Thunder Bay it should be a priority to get the provincial and federal governments working with all parties to build the needed capacity to build needed treatment facilities.

This needs to be partnered with Thunder Bay District Social Services and with First Nations groups in a meaningful and holistic manner that looks to solve the issues.

Many see housing the homeless as the issue, but it is far larger than just that.

The downtown Fort William neighbourhood is a place where there is huge potential. It is a place that needs huge efforts on the part of all parties with a stake in the future of our city to have to play a role.

Together, it can and it must be done.