Home Anishinaabe Judith Beaver from Webequie Setting Out for Ottawa 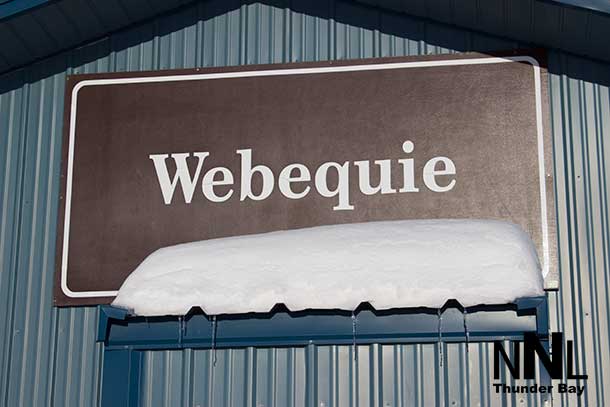 THUNDER BAY – DAREarts today announced that Judith Beaver, a Grade 9 student from Simon Jacob Memorial Education Centre in Webequie, Ontario, will announce at the DAREarts Leadership Awards, that she is organizing a walk-a-thon from Pickle Lake to Ottawa to raise funds to build an arena for her First Nations community.

The 13th annual DAREarts Leadership Awards will be held on Thursday, April 16 at the Allstream Centre, Princes’ Boulevard Exhibition Place. Judith Beaver will give a brief announcement at 5:00 p.m.

Beaver is one of five youths who will be receiving a Leadership Award at this year’s DAREarts Leadership Awards gala. In addition to receiving a medal, the charity will present Beaver with an award for $500 that will launch her fundraising drive to achieve her goal for her community arena. These awards are presented to outstanding teen graduates of DAREarts programs for tackling their own personal challenges and becoming leaders in their own communities.

It was the loss of her close, teenage cousin in January that inspired Beaver to embark on her ambitious venture at this time. “I am determined to give back to my community in this way,” said Judith Beaver. “DAREarts helped teach me that doing a lot of fun things will always keep your mind off bad things that are running through your head. I didn’t know how to cope with what was bothering me, but now I know, because DAREarts helped me with it.”

“DAREarts has worked with Webequie youth for seven years, providing them with positive experiences through the arts. Artists and youth worked well into many nights, crowded together in a school portable,” said Marilyn Field, Founder of DAREarts. “Many times, the youth would talk about their dream of a place where they could gather throughout the year to sing, drum, dance, paint and sew. But Webequie is not unique; in so many of our First Nation communities, the youth need someplace better than a portable to gather, create and share positive expression and dreams for their community. Without this means, there is no wonder so many youth turn to drugs and suicide to cope. Anyone would. I applaud Judith for taking the leadership to embark on this project.”

DAREarts is a Canadian charity that works annually with over 13,000 9-to-18 year old children in underserved urban and rural areas across Canada. As the children explore world cultures and paint, sculpt, sing, dance, compose, design, write, act and create alongside arts professionals, they experience a broader range of activities beyond what is available to them and learn to express themselves and problem-solve in positive ways. DAREarts students become leaders when they are charged with the responsibility of returning to their schools and communities to teach others what they’ve learned. Since its founding, DAREarts has influenced more than 190,000 underprivileged Canadian children. Visit www.darearts.com.

RCMP Toys for the North 2014 On schedule Making Children Happy