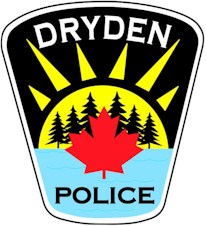 DRYDEN – It was a busy weekend for Dryden Police.

Dryden Police are investigating a report of mischief in the Elvis Street area. A resident contacted police on Friday morning after finding that someone had attempted to enter his vehicle overnight. The door handle on the driver’s side was broken off and there was a horizontal scratch on the door as if it had been keyed. It doesn’t appear that entry to the vehicle was gained.

On Saturday morning, just after 2:00 a.m., Dryden Police responded to a David Avenue home; the resident, reported that someone was attempting to enter her home and had tried both the front and back doors. Officers arrived to find 30-year-old Glen Campbell in the yard. He was arrested and held overnight, charged with mischief and trespass by night. His first court date will be March 30th.

On Saturday morning, February 28th, a youth attended the Dryden Police office in regard to an assault which had occurred at a party held the previous evening. The youth suffered a broken nose, and received a number of stitches to his face. Charged with assault causing bodily harm is 18-year-old Brook Trout, who will appear in court on March 30th.

Police stopped 24-year-old Brett Lobreau Sunday morning at about 2:30 a.m. to speak with her regarding her driving. At that time it was observed that she had been drinking, and she was subsequently charged with impaired driving. Her first court appearance is March 30, 2015.

Over the weekend, officers arrested 7 people for liquor-related offences, and charged two people with failing to comply with the conditions of their release orders.

Take Your Brand to New Heights, with Advice from Jarred Winn