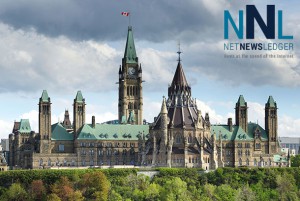 OTTAWA – POLITICS – With the departure of Foreign Affairs Minister John Baird, Prime Minister Harper has made changes to his cabinet. Rob Nicholson has been named Foreign Affairs minister replacing Baird. Calgary Southeast MP  Jason Kenney is the new Minister of Defense, and Pierre Poilievre takes on role of Minister of Employment.

In a statement, Prime Minister Harper said, “Our Government is delivering real results for Canadians by growing the economy, making communities safer, and standing up for Canadian values at home and abroad. The changes to the Ministry announced today will help ensure that key portfolios continue to have the strong leadership required to advance Canadian priorities.”

The changes to the Ministry were made at a swearing-in ceremony at Rideau Hall.

The Honourable Jason Kenney, as Minister of National Defence and Minister for Multiculturalism, will continue the Government’s work to defend our values, interests and sovereignty at home and around the world. He will also continue promoting Canada’s cultural heritage and the ability of all Canadians to integrate into Canadian society and take an active part in its social, cultural, economic and political affairs.

The Honourable Pierre Poilievre, as Minister of Employment and Social Development and Minister for Democratic Reform, will continue the Government’s efforts to help ensure that Canadians are well prepared to participate fully in the labour market of the future. He will also continue the Government’s work to further strengthen government accountability. Mr. Poilievre will also serve as the Minister responsible for the National Capital Commission.