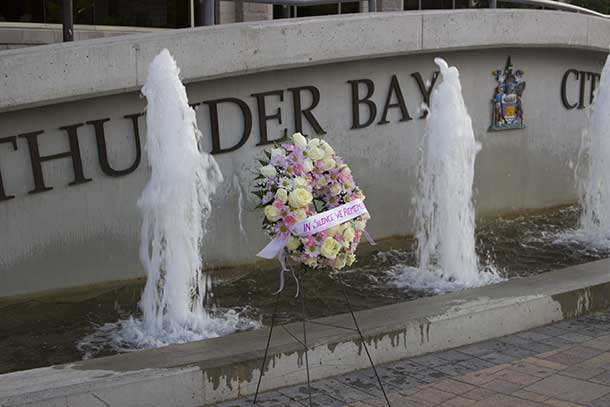 THUNDER BAY – LETTERS – The Thunder Bay Chapter of the Council of Canadians is very pleased to see – finally – some leadership on the climate file.  The joint announcement by the governments of Ontario and Quebec about their cooperation on energy and carbon use, among other things, is extremely heartening.

The Council of Canadians’ opposition to pipeline projects such as Energy East is based on a number of factors, one of the primary ones being the need for Canada to address its contribution to Climate Change.  Other factors include of course, pipeline safety and the inevitable spills and leaks of the dirty toxic Tar Sands bitumen, the lack of citizen input and control, the lack of indigenous consultation and consent, and the paucity of job creation from fossil fuel development.

We have always said that we cannot move forward without a national energy strategy which includes putting a price on carbon, that Canada’s federal government is an embarrassment in its lack of commitment to addressing climate change, and that we need, as a country, to move ahead into a Green Economy.  The two provincial governments, although hampered by the lack of federal government involvement, are trying to address all of these issues.  Bravo!

Our federal government has persistently supported the fossil fuel industry and neglected to consider the impacts of this approach.  In addition, there is not one federal party which has had the courage to address these pressing issues.  They would all appear to be so afraid of offending a potential voter that they take positions on energy, the economy and the environment which are so inoffensive as to be meaningless.

It appears that we have been searching for leadership in the wrong places: we should have been looking at the provincial level.  BC with its carbon tax was the first indicator of that.

We are very pleased to recognize leadership when we see it.