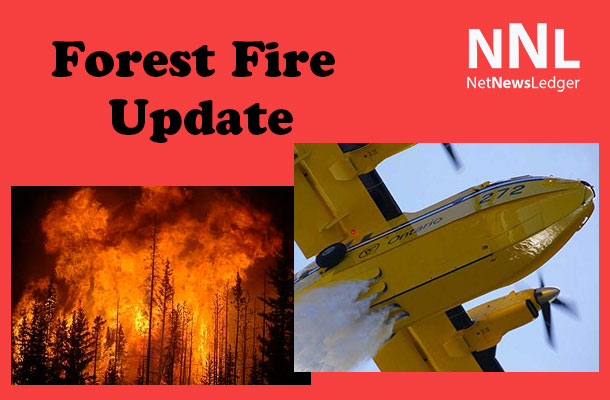 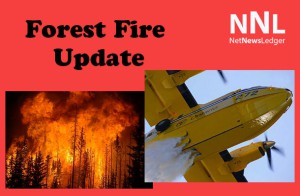 THUNDER BAY – The wildfire risks are ramping up. There were three new fires confirmed by early evening on August 11 in the region with one each in the districts of Red Lake, Sioux Lookout
and Nipigon. An unconfirmed fire report was also being investigated in the Sioux Lookout District.

There were also six new fires confirmed over the weekend on August 9 and 10. They occured in the districts of Kenora, Red Lake, Sioux Lookout and Thunder Bay. Some were put out within a day and some are burning in remote locations and will be monitored.

The weather forecast is calling for a few nice days ahead for the whole region and the fire hazard is expected to gradually increase. In combination with this nice weather is the fact that lightning strikes have been recorded across the region in the past week, making it likely that lightning-caused fires will occur.

Seven new fires were reported on August 10, two of which are out. In Haliburton, Bancroft 2 was confirmed at 0.2 hectares and is being held, as is the case with Bancroft 3. Two new fires have been confirmed in Sudbury, one of which is out. Sudbury 50, located east of Rushbrook Provincial Park, is currently at 0.2 ha and under control. Kirkland Lake 10, located southeast of Englehart Lake is currently being held at 3 ha. Wawa 9, located on the shore Dickensen Lake, was confirmed at 0.3 ha and is currently under control.

At the time this report was completed, no new fires were confirmed for August 11.

The hazard for the far north of the region is currently moderate. The south portion of the region is experiencing a moderate to high hazard, while the central areas are considered low to moderate. Expect to see cloudy skies with a chance of showers and thunderstorms for most of the region today, with an expected rainfall from 25 to 50mm in the southwest and 10 to 20mm elsewhere.

There are currently nine active fires, none of which present an immediate danger to people or values. Any active fires reported before August 10 are being held or are under control, with the exception of fires in the Cochrane region that are being observed.

Out of province dispatches

As of August 11 there were 377 personnel from the Aviation, Forest Fire and Emergency Services program of the Ontario Ministry of Natural Resources and Forestry on assignment in British Columbia (215) and the Northwest Territories (162) to assist in ongoing forest fire management efforts.

Personnel who have reached the end of their assigned time are returning from British Columbia and the Northwest Territories but additional resources are scheduled to head west on August 12.Ontario is also providing equipment including 430 power pumps, six thousand lengths of hose, two values protection units and 41 portable relay tanks to British Columbia.

Wildfires: ‘a new part of our reality’ in warming Europe