Beaumont, California – Sports – Quebec City, Quebec resident Alexis Anghert fired a 7-under 65 at Oak Valley Golf Club Tuesday to take a one-stroke lead in the first round of PGA TOUR Canada’s California Q-School. Anghert, a native of Deauville, France, carded seven birdies, an eagle and two bogeys to lead by two over four players through one round.
30 players finished under par for the first round of the 72-hole, no-cut tournament that will see 18 players earn exempt status on PGA TOUR Canada for 2014, with the rest of the top-40 plus ties earning non-exempt status. 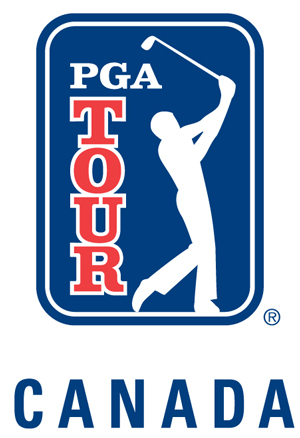 “I played well today,” said Anghert. “Max and I travelled together all year long last year. We’ve been in Arizona to play the Gateway Tour. Hopefully I’ll get through this week, but if not I’ll get through the Monday Qualifiers in Canada.”

Anghert moved to Quebec to attend Laval and still makes his home there, and is one of a handful of players from Laval looking to join Gilbert in making a splash at the pro level. The Rouge et Or won the Golf Canada Canadian University/College Championship in 2010 and 2012, with Anghert and Gilbert’s former teammates Sonny Michaud and Clement Herviou also playing this week in California.

“It was a great experience to play there,” said Anghert of playing at Laval. “Our team would play in Florida in the winter and play some NCAA tournaments. We have some other boys from Quebec here this week, so it’s nice.”

One shot behind Anghert in second place was Daniel Miernicki, a teammate of two-time PGA TOUR Canada winner Eugene Wong at the University of Oregon, with a 6-under par 66.

“I played well. I just kind of kept it in front me and made my share of putts too,” said Miernicki. “You just try to make a lot of easy pars and it should be good.”

Two shots behind Anghert at 5-under 67 were Argentina’s Alan Wagner, who played PGA TOUR Canada in 2013, along with Cardiff, California’s Peter Campbell, Austin, Texas’s Trent Redfern and Brownsburg, Indiana’s Seth Fair. Hamilton, Ontario’s Justin Kim was the low Canadian with a 3-under 68.

Wagner hoping to return to have another ‘incredible experience’ in Canada

Alan Wagner didn’t have the year he hoped for on PGA TOUR Canada last year, making two cuts in nine starts, but the 24-year old Argentine says he can’t wait to go back again this summer.

“Last year I went to Canada and it was an incredible experience for me. I’m excited to try and get my card again and to be there,” said Wagner. “I can’t believe how good the people are in Canada. I stayed in billet housing three or four times and it was great. There are plenty of volunteers every single tournament.”

Wagner has already made a name for himself on the NEC Series – PGA TOUR Latinoamérica, with a win and a playoff runner-up finish and four top-10s since 2012, and says he’s looking to prove himself in Canada, too.

“The level of play in Canada is really good,” said Wagner. “That’s why I want to go – to give myself another chance to play there on beautiful courses and against some great players.”

Peter Campbell – not to be confused with the 2012 and 2013 PGA TOUR Canada member of the same name from Baddeck, Nova Scotia – is looking to play in Canada this summer thanks to a recommendation from 2010 PGA TOUR Canada Order of Merit winner Aaron Goldberg.

“He really liked the Tour and spoke well of it,” said Campbell, a UCLA grad. “A lot of my friends have played Canada and you have the best players working their way up through there. I’ve heard nothing but great things about the courses, the fans and about how it’s run, so I thought I’d try to see it for myself.”

The PGA TOUR Canada will be in Thunder Bay this summer at the amazing Whitewater Golf Club for the Staal Foundation Open.