Ukraine Warns of War with Russia

NEW YORK – The Government of the Ukraine has massed troops as the Russian Government has troops on the border. In Brussels, NATO is meeting. There are reportedly up to 15,o00 Russian troops on Ukrainian soil. 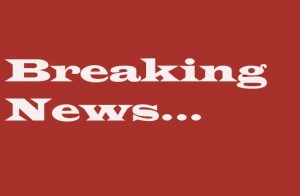 A meeting of the North Atlantic Council will take place at NATO HQ today, to discuss developments in Ukraine. It will be followed by a NATO – Ukraine Commission meeting.

No media coverage of the meetings is foreseen. That meeting is scheduled for 12:0o in Brussels.

The Acting President of the Ukraine, Olexander Turchynov has ordered increased security at key sites, including nuclear plants across the country.

The situation appears to be escalating.

The Voice of Russia is reporting, “Russian President Vladimir Putin and US counterpart Barack Obama discussed in detail “different aspects of an extraordinary situation in Ukraine” in a telephone conversation. Both sides stressed the need to prevent the further expansion of the crisis in Ukraine.

Ukraine has announced total mobilization, with Secretary of the National Security Council Andriy Parubiy declaring that the entire country will be put on full combat alert.”

Canada has withdrawn the Ambassador from Moscow.

Foreign Affairs, Trade and Development Canada (DFATD) advises against all travel to Crimea, including transiting through the airports in Simferopol and Sevastopol, due to political uncertainty and reports of armed operations in the area, as well as ongoing demonstrations and clashes.

If you are presently in Crimea, you should consider leaving while it is safe to do so. If you are unable to exit the country safely, remain indoors and avoid large crowds and demonstrations. The airports in Crimea are not currently operational.

Top United Nations officials on Saturday called for direct dialogue between all concerned amid the growing tensions in the Crimea region of Ukraine, as the Security Council held urgent talks for the second day in a row on the crisis.

Secretary-General Ban Ki-moon, who is “gravely concerned” about the deterioration of the situation, spoke by telephone with Russian President Vladimir Putin today.

“It is crucial to restore calm and proceed to an immediate de-escalation of the situation. Cool heads must prevail and dialogue must be the only tool in ending this crisis,” Mr. Ban said afterwards, adding that he appealed to Mr. Putin to urgently engage in direct dialogue with the authorities in the Ukrainian capital, Kiev.

In a statement issued earlier in the day by his spokesperson, the Secretary-General reiterated his call for the full respect for and preservation of Ukraine’s independence, sovereignty and territorial integrity.

During the Security Council’s discussions, members expressed grave concern about the rapidly deteriorating situation in Ukraine, Ambassador Sylvie Lucas of Luxembourg, which holds the Council presidency for March, told reporters after closed-door talks.