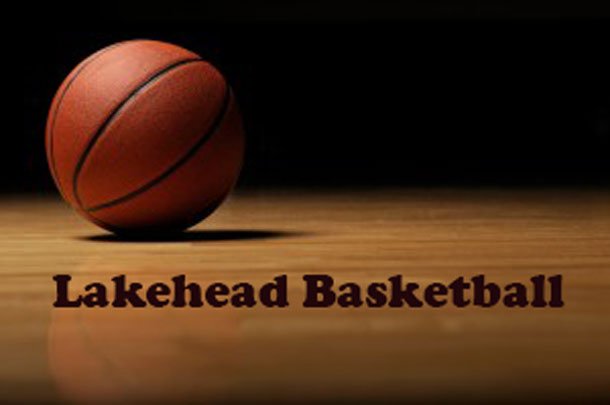 “Our slow start cost us tonight. Mac did a great job dictating play early and knocked us back. Every game they’ve played here with this group they’ve gotten off to blazing starts. We have to bring it from the get go and give a full 40 minutes tomorrow,” stated CoachMatt Erman
The first quarter was a blur of action up and down the court, as bodies skidded across the hardwood with reckless abandon, and body blows were exchanged under the rim with few stoppages in play.
McMaster’s Nathan Pelech and Aaron Redpath were the difference makers early, hitting 2 three’s each in the first half, while Lakehead shooters struggled to find their range.
The Thunderwolves came out of the carnage worse for the wear, trailing 25-14 after the first quarter and 47-31 at the half.
The breakneck pace of the first half subsided as the second half began, and the Thunderwolves attempted to chip away at the deficit.
They would narrow it down to 7 points, (69-62) midway through the fourth quarter on a Josh Bell three-point play, but had their hopes dashed on the next McMaster sequence, with Nathan McCarthy knocking down 2 free throws followed by a Joe Rocca 3-ball.
Anthony McIntosh led the ‘Pack with 19 points and 8 rebounds. Dwayne Harvey had a double-double outing with 17 points and 12 assists.
Redpath scored 22 points (4-10 from three) to lead the Marauders while Taylor Black pulled down 15 rebounds with 9 points.
Boxscore