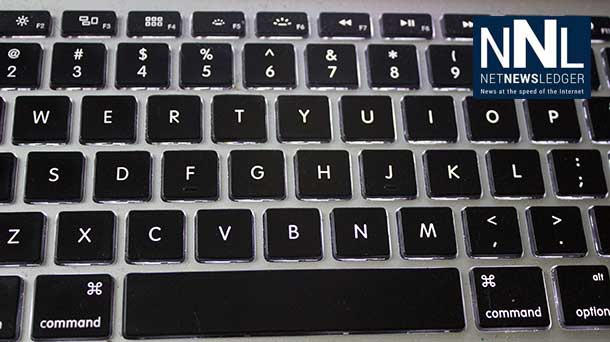 THUNDER BAY – News – Thunder Bay is an ever increasingly connected city. Through TBaytel, Shaw, Bell, Virgin Mobile, Koodo, Telus, and Rogers, the number of people in our community getting online information is growing all the time.

Moving from the home phone to a smart phone is making sense for more and more people.

So too is connected Wi-Fi zones across the city. Earlier in December TBaytel unveiled the company’s newly expanded free Wi-Fi zones. Residents of Thunder Bay now have access to free Wi-Fi coverage in more areas of the City through Tbaytel’s enhanced public Wi-Fi deployment.

Tbaytel, in a strategic partnership with the City of Thunder Bay, has activated new public hotspots at City Hall, Current River Arena, West Thunder Community Centre and the 55 Plus Centre.

Shaw has also put out a growing number of Shaw Go Wi-Fi zones across the city which are available to Shaw customers. The company is working on several new innovative apps that smart-phone customers will be able to use in order to make taking their Shaw connection on the road more engaging.

“I’m excited to see these new public Wi-Fi hotspots become available to our citizens,” said Mayor Keith Hobbs. “Smart City initiatives are included in our Strategic Plan, and with these new activations, we’re reaching a major milestone in meeting that goal. I’m looking forward to seeing more hotspots come online in the near future.”

In 2009, the City of Thunder Bay released Renew Thunder Bay, a proposed five-year strategic infrastructure plan, which recommended the creation and implementation of a City-wide Wi-Fi Strategy. City Council also emphasized the importance of building a smart city in its 2011-2014 Strategic Plan, identifying connectivity as a major economic driver in moving Thunder Bay forward.

Prior to its enhanced deployment, Tbaytel offered complimentary Wi-Fi at various locations across the City including Marina Park, Intercity Shopping Centre and several coffee houses and local restaurants.

Tbaytel will increase its investment in public Wi-Fi over the next year with the addition of multiple hotspots in several other high-traffic areas in the City including local businesses and city-owned properties.

“Tbaytel’s enhanced Wi-Fi deployment is a step in the right direction, and is in line with the City’s overall plan to make Thunder Bay a smart city whose residents are better connected to each other and to the rest of the world,” said Tbaytel president and CEO Dan Topatigh. “The ability to access the Internet from more locations at no cost will be hugely beneficial for residents of Thunder Bay and for visitors to the City.

Thunder Bay has through many innovative companies like Sencia Canada, Qwantech, Imaginarium, and the growing research base in our city, is realizing some of the talk about the need for a knowledge-based economy having those words matched by deeds.

The Thunder Bay of the future, with the Thunder Bay Regional Health Sciences Centre, Molecular Research, Lakehead University, the Medical School, has enormous potential. The next steps, fuelled likely by the Innovation Centre and entrepreneurs is going to make this city something special, if the federal and provincial governments are up for the challenge.

The world is run by those who show up. Thunder Bay has all of the attributes that a high tech world needs. Getting those digital solutions, and moving to the new digital economy means setting a goal and working toward that goal.

Thunder Bay has made giant steps in some areas. It must make those giant steps even faster in order to move forward.

Tbaytel 2021 Report to the Community