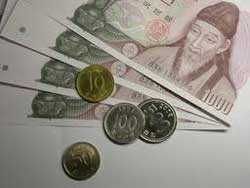 PYONGYANG – Mining – North Korea is home to what is being called a massive rare earth metals (REM) find.

Privately-held SRE Minerals has announced the discovery, in the Democratic People’s Republic of Korea (North Korea) of that Dr. Louis Schurman, a Fellow of the Australiasian Institue of Mining and Metallurgy, and project lead scientist is calling the “The largest deposit of rare earth elements anywhere in the world”.

SRE Minerals has signed a joint venture agreement with the Korea Natural Resources Trading Corporation for rights to develop REE deposits at Jongju for the next twenty-five years, with a further renewal option period of twenty-five years.

The find could have major implications for the DPNK Government. The highly secretive country could be moving forward into a need for greater communications and engagement with western countries who right now are the major market for REM.

The joint venture company known as Pacific Century Rare Earth Mineral Limited is based in the British Virgin Islands. The company has also been granted permission for a processing plant on site at Jongju.

Jongiu is located approximately 150 km north-northwest of the capital of Pyongyang.

The company is reporting that “The initial assessment of the Jongju target indicates a total mineralisation potential of 6 billion tonnes with total 216.2 million tonnes rare-earth-oxides including light REEs such as lanthanum, cerium and praseodymium; mainly britholite and associated rare earth minerals. Approximately 2.66% of the 216.2 million tonnes consists of more valuable heavy rare-earth-elements”.