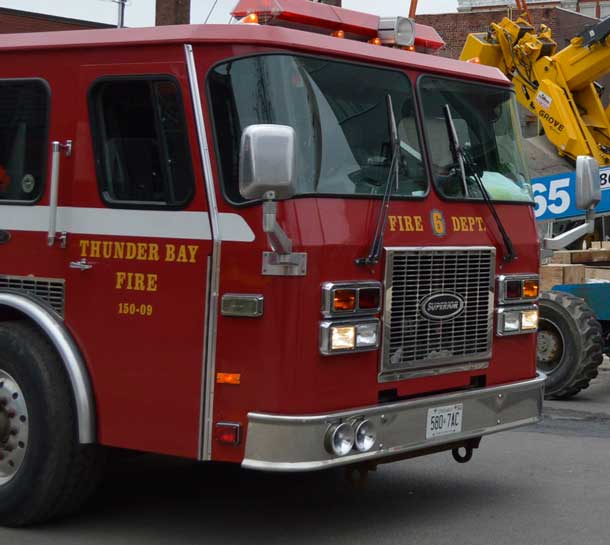 THUNDER BAY – Thunder Bay Fire Rescue are on scene on Mount Mckay after reports that a parachute jumper is stuck on the mountain. The first reports came in about 5:30PM on Saturday evening. The man called in via his cell phone to officials reporting the problem.

Fire officials on the scene report that the man was trying to parachute down from the mountain.

Reportedly something went wrong and he was injured.

There are almost twenty firefighters who were called to the scene.

Darkness and the location of the man on Mount Mckay were impacting rescue attempts.