Koltusky was released from Stony Mountain Institution on November 8, 2013. He is expected to take up residence in Winnipeg.

Koltusky has previous convictions for Sexual Assault with a Weapon as well as many other criminal offences.  Although Koltusky participated in sex offender treatment programs while in prison, he is still considered high risk to re-offend.  Females are at risk of sexual violence.

A notification was provided in August 2010 for Kevin Scott Steppan.  Steppan has legally changed his name to Timothy Frederick Koltusky.  His Long Term Supervision Order was revoked for failing to follow instructions by his Parole Officer.

On August 8, 2005, Koltusky approached a female. He took her to a secluded area along the riverbank in Winnipeg where he physically assaulted her causing injuries and attempted to throw her into the river. Two days later, he approached another female. He took her to a secluded area where he began touching her in a sexual manner. He then proceeded to physically assault her and remove her clothing. The victim was able to escape. Koltusky was arrested a few days later and was remanded in custody. 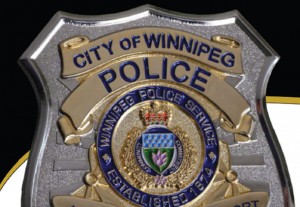 Between September 18, 2006 and October 31, 2006, while in custody at Headingley Correctional Institution awaiting court on the above described offences, Koltusky made numerous harassing telephone calls of a sexual nature to a woman.

At his sentencing hearing on these offences, Koltusky was declared a Long Term Offender for 10 years. Koltusky’s was sentenced on May 9, 2013 to 9 months in custody for breaching the conditions of his Long Term Supervision Order.  He was released on Statutory Release from Stony Mountain Institution on November 8, 2013.

While in custody, Koltusky did participate in sex offender treatment programs. However, he is still considered a high risk to re-offend. Females are at risk of sexual violence.

Koltusky is expected to take up residence in Winnipeg.

This information is also displayed on the Manitoba Justice Sex Offender Website:www.gov.mb.ca/justice/notification. This information is provided to enable members of the public to take suitable measures to protect themselves.  Any form of vigilante activity or other unreasonable conduct directed at Timothy Frederick Koltusky will not be tolerated.

If you have information about Koltusky please call the Manitoba Integrated High Risk Sex Offender Unit (MIHRSOU) at (204)984-1888.