THUNDER BAY – City Council will hear about the local market conditions from the North Superior Workforce Planning Board tonight. Madge Richardson along with Co-chairs Frank Pullia and Elaine Kerr were presenting the report.

The news should allow the Council, and City Administration to focus on some of the issues facing the region. There are some trends in the report that will likely surprise some in the city.

Details from Workforce Planning Board

For example, in the Thunder Bay District, the unemployment rate is at 8.9%, higher across the district than in the City of Thunder Bay. Additionally, the workforce is still down 3,000 workers over the 2006-2011 time frame. 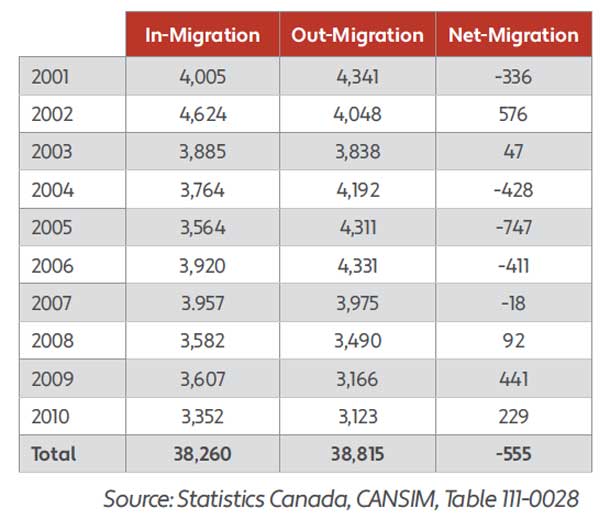 Although the District as a whole is decreasing in population, there is a shift occurring in net-migration for the Thunder Bay CMA. For the third straight year, Thunder Bay CMA has shown a net in-migration. Although stated with caution, the latest numbers added to this table may be indicative of a trend reversal. As the region begins to experience a gradual emergence in key sectors including mining, forestry, and health care, we can expect this trend to continue. Consider that in the 10 year period, almost the same number of people entered the Thunder Bay CMA as had left.

There has been growth in the number of businesses, but the vast majority of those businesses are small companies run by a single individual and have no employees. 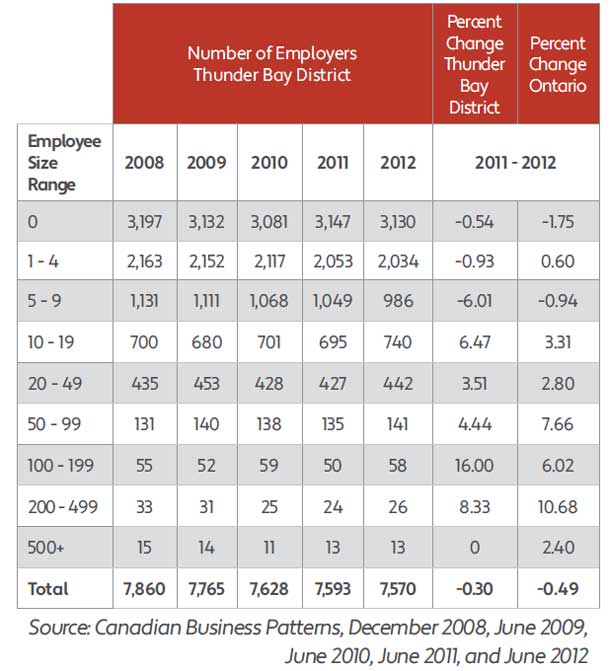 Youth Unemployment remains a serious concern. In the 15-24 age group unemployment is 19.4 percent. One in five young people in the city are unable to find a job.

Thunder Bay, like much of Canada continues to see the impact of the ‘Baby Boomer’ generation. There are now more 55-60 year olds in the city.

Madge Richardson stated there was no specific research into that area. The numbers in the labour force went down however, and there are “A number of structural barriers to youth getting jobs”.

Councillor Ruberto asked about the unemployment rates across the district. “It skews our numbers,” stated Ruberto. Frank Pullia said, “We can take that number and give it to you. However leaving them in the figures lets us form a better picture of the entire district”.

Ruberto asserts that Thunder Bay should be kept separate. “I don’t know if it is good news, or bad news”, commented Ruberto.

One of the faster growing sectors is real estate. “It is not just black and white,” said Richardson. “We are improving, but we have still not returned all the employment from before the recession”.

“I am most interested in the mining,” continued Johnson. “I wonder if you could explain how you are working with the mining sector in the report”.

“We are working toward a deeper analysis,” stated Richardson. “We want to drill down into the numbers”.