Since completing treatment his side effects have faded away and he had resumed his usual intense training regime.

Nicholson had a “warm up” match in Windsor Quebec on August 10th before 600 fans where he defeated Paul Rosetti and The Wizard.

Nicholson hopes to bring professional wrestling back to Thunder Bay with his company Great North Wrestling in 2014 after he is cured of the disease.

Devon Nicholson was on Incivek Triple Therapy Hepatitis C treatment from October 2012 until June 2013.  Nicholson has been told he is the first Hepatitis C Genotype 2 patient in Canada to have undergone the experimental treatment regime he was prescribed.

Once Nicholson officially finished his treatment it took him about 2 – 3 weeks to accept that it was finally over.  After taking so many pills and injections for over 9 months he felt strange at first not having to continuously take medication and some anxiety that the Virus would come back once the medication stopped.

Nicholson had his 2-week post-treatment blood tests in July and they came back negative for the virus which was a huge relief to him.

He was told by his nurse from the Ottawa Hospital (Ann Port) that his final blood test would take place on September 16th 2013 and Vertex, the parent company of Incivek had been in contact with his Hepatitis C specialist Dr. Linda Scully’s office regarding his treatment.

Devon had been informed that it would take approximately four weeks for the side effects of his Hepatitis C treatment to go away and was taken off of the psychological medication he was taking while on treatment to help fight the related side effects within 2 weeks of his final interferon injections. 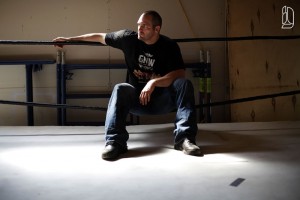 As an avid athlete and former National Champion and Olympic Trials Silver medalist in amateur wrestling, Nicholson refused to stop working out while on treatment.  Although his workouts were often not very productive they helped his mood and took his mind off the constant itching he was experiencing.  Devon found that his strength had gone up 75% by his 10th week post-treatment from the time his treatment stopped.

As the time of this report, (11 weeks post-treatment) Nicholson is feeling good and hopeful about the future but still anxious about his upcoming SVR blood work.  As Nicholson’s first treatment failed it has not left his mind that treatment failure is a possibility however he has been told by his medical staff that he has an over 90% chance of cure.

As a cure would not only save Nicholson’s life but also give him a second chance of accomplishing his athletic dreams (he is 30.)  Nicholson keeping a positive attitude about his final Virus tests and is praying that he will be cured of the disease that has affected his life in tremendously negative ways physically, financially and emotionally.

The Story of the Wrestling Ring