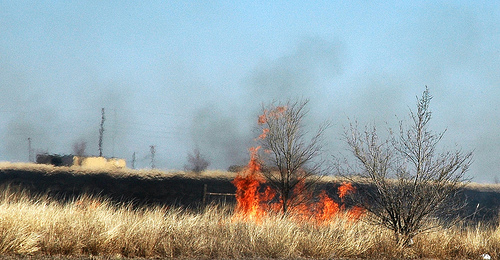 THUNDER BAY – The forest fire hazard remains stable despite the hot weather. High humidity is helping. However the potential for thunderstorms, and the resulting lightning strikes could be an issue. There was one new forest fire confirmed by the evening of August 26 in the Fort Frances District of the Northwest Region. Fort Frances Fire Number 15 is a 0.1 hectare lightning-caused fire located about 10 kilometers southeast of Nestor Falls. It was declared out by the afternoon.

The total number of active fires in the region is 19, including two in the Kenora District, five in the Nipigon District, two in the Red Lake District, and 10 in the Sioux Lookout District with an area burned over of 27,735.8 hectares.

Kenora District enforcement personnel issued a ticket to a person burning during the day on Lake of the Woods. Day burning of brush and grass fires is not allowed under the Forest Fires Prevention Act of Ontario. For information on the outdoor fire mananagement guidelines, check the website at http://www.ontario.ca/fireprevention

Type 2 contract crew training is going on across the region and about 25 Type 2 crews are stationed at fire bases.