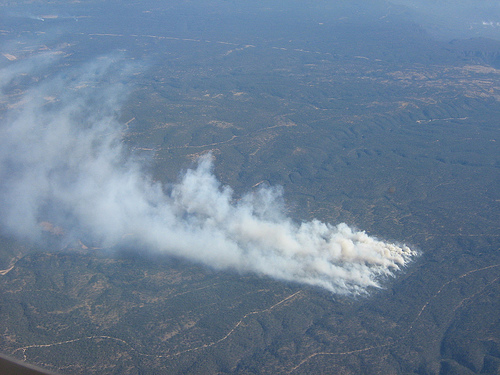 THUNDER BAY – Widespread heavy rainfall made its way across the entire Northwest Region yesterday and into this morning which naturally has decreased the forest fire situation.

By the time this report was prepared on August 25 there two new fires confirmed in the Northwest Region. Sioux Lookout and Kenora both recorded new fires today. Sioux Lookout Fire 63 will be monitored in the Far North and the Kenora Fire 50 has already been declared out.

At the end of the day, August 24, two new fires were confirmed in the Kenora District and both fires have since been called out.

Multiple fires were able to be called out this past weekend because of the heavy rainfall. There are 20 active fires in northwestern Ontario; 13 fires are being monitored, 2 are Under Control, 2 are Being Held, and 3 are Not Under Control. There are no problems anticipated with any active fires at this time.

The Kenora Fire Management Headquarters continues to keep a close eye on two fires being monitored on Lake of the Woods in the Conservation Reserve. Kenora Fires 35 and 43 are actively renewing the ecosystem in these isolated areas. Kenora Fire 35 is located between Ferrier Island and Whiteout Island and Kenora Fire 43 is located in the mouth of French Narrows on Lake of the Woods. Both of these fires have received and Fire Assessment by an Incident Commander and are not a threat to people or property. These fires are managed under the Lake of the Woods Fire Response Plan. People are advised to avoid these areas for safety reasons. For information, please call the Kenora Fire Management Headquarters at 807-548-1919.

Fire Hazard – The forest fire hazard is now low for the entire region.

The lower forest fire hazard in the region means that some resources have been deployed to other regions.

Out of Province Deployment – Montana

Ontario has a skilled and dedicated team of people in the Aviation, Forest Fire and Emergency Services program ready to participate in deployments to other provinces and territories throughout Canada and this sharing of resources is common practice during the forest fire season.

On Monday August 26, 2013 the Aviation, Forest Fire and Emergency Services program is sending a large deployment of FireRangers and overhead staff from Ontario to the State of Montana to help support
their forest fire suppression efforts.

The total number of personnel heading to Montana is 109 people; this includes 100 FireRangers from across the province, 5 Strike Team Leaders, and 4 overhead staff. This deployment will last for 19 days which includes travel to and from Montana.

More information about Canadian Interagency Forest Fire Centre can be found at http://www.ciffc.ca