In Thunder Bay, with a population of 109,000 there are 70,000 Facebook users. The figures across the North are similar for Sioux Lookout, Dryden, and Kenora in term of percentages of the population being online.

In Northern communities, Facebook is very popular. Many First Nation communities have auction sites, and people trade and sell arts and crafts, food treats and other items online in their communities and beyond.

Internet users ages 18-29 are the most likely to use Twitter.

Although online seniors are less likely than other age groups to use social networking sites, adoption rates for those 65 and older have tripled in the last four years (from 13% in the spring of 2009 to 43% now). 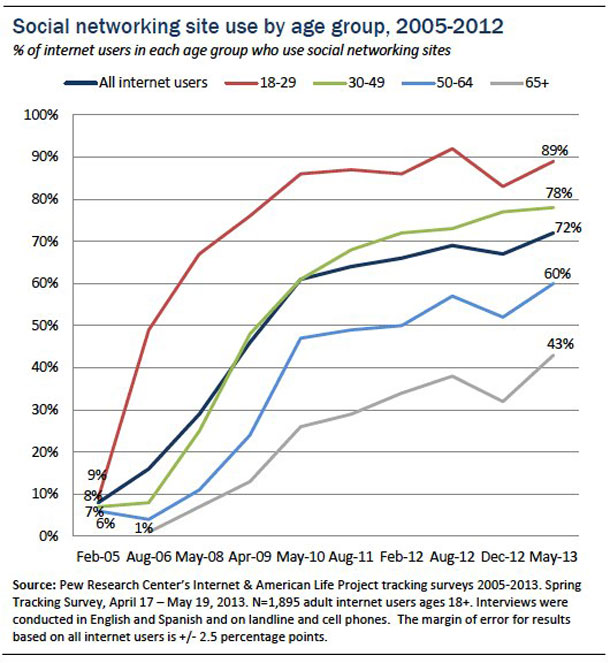 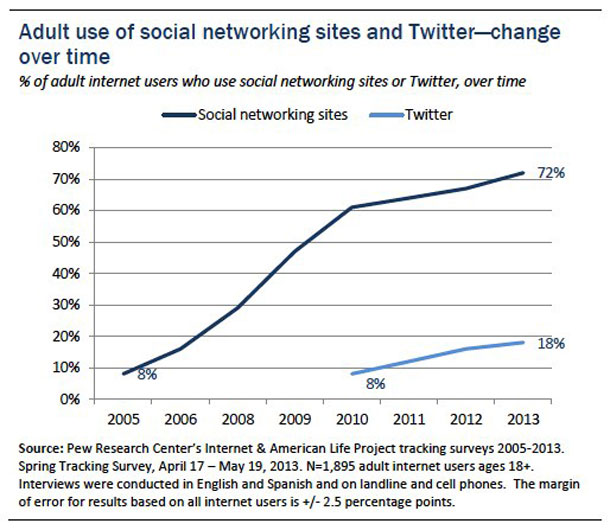