Home Politics Lead, Follow, or Get Out of the Way 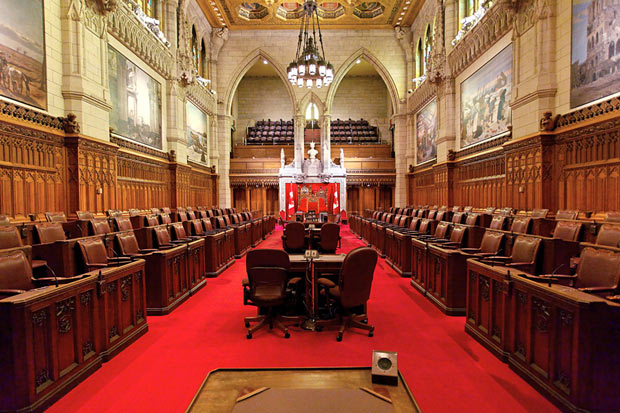 THUNDER BAY – Editorial – Prime Minister Harper is trying to avoid questions over the ongoing scandal in the Senate that has now seemingly engulfed his office. The payment of $90.000 to Senator Mike Duffy which is the subject of a Royal Canadian Mounted Police (RCMP) investigation is continuing to dog the Prime Minister.

The RCMP investigation has opened the Prime Minister’s office (PMO) to serious questions over who knew about the payment to Senator Duffy. The RCMP have sworn statements from witnesses that put the numbers of people, inside the PMO at as many as three people, including his former chief of staff, and his legal advisor and others. The RCMP have also revealed that the Conservative Party was apparently willing to pay as much as $32,000 to Senator Duffy.

That the Conservative Party seemed willing to pay cash to attempt to make the problem go away, is making the party, and the Prime Minister look even worse.

The Prime Minister who came to office promising integrity is now looking every bit as greasy as those whom he has attacked in the past. All the quotes about how the Conservatives would govern with integrity are now looking as empty as any political promise.

Harper’s trouble is that while in office he has appeared distant and cold. His office is almost looking like the dirty tricks squad of the Watergate era were re-incarnated in the Conservative government. Most remember President Nixon for Watergate, and few remember his foreign policy moves with China.

Prime Minister Harper needs to get this issue behind him. The likely problem is that the rot is a lot deeper than it first appears.

What Harper likely needs is the Mike Holmes of political fixing. What is equally likely is that the Prime Minister wouldn’t give up the control to such a person.

The idea that his Chief of Staff would personally pay $90,000 to Senator Duffy and the Prime Minister not to be aware is just not seeming all that plausible. If it is, it speaks to more problems, would the staff in the PMO be that out of control in the office of a Prime Minister well known for his high degree of control?

The solid leadership that many have respected now increasingly appears like it is an illusion.

It is often, in politics, the cover-up not the ‘crime’ that causes the most problems for politicians.

Prime Minister Harper was determined, it appears to put this scandal behind him.

It is likely the ultimate irony that a Prime Minister who had his roots in the Reform Party which advocated an ‘Equal, Elected, and Effective’ Senate now faces the biggest challenge of his political career from the actions of Senators who he appointed to the Red Chamber.

Attempting to ignore the problem, as the public starts reading up on the ongoing mess and connecting the dots is likely to put a permanent stain on Stephen Harper, and the Conservative Party.

There is an old adage, ‘Lead, follow, or get out of the way’.

At the rate he is going, that choice will be left to voters, and they are likely to be far less forgiving the longer that they are left in the dark.