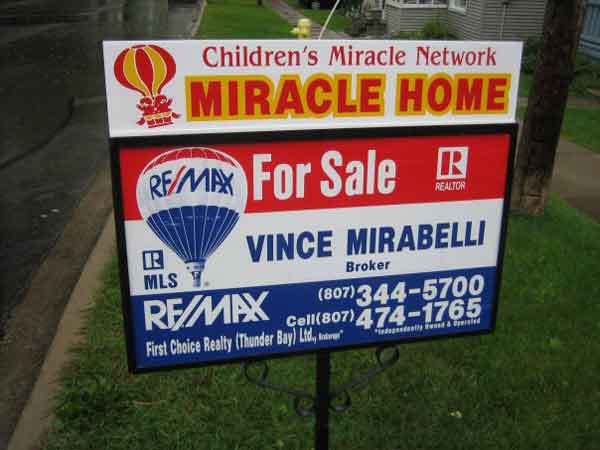 THUNDER BAY – Business – Canadian residential real estate prices climbed higher in May according to the Canadian Real Estate Association (CREA).  Home prices across the country recorded increases since March, April and May 2013. Most of the gains may be attributed to the seasonaly adjusted spring home buying season where the number os home sales have been historically higher than the rest of the year especcially the winter months. Not to many Canadian couples want to look at buying a home when its -30 below zero.

In the spring Canadians begin to go out more and search for new places to live because its much easier to move during the warmer spring and summer months.

The Canadian Real Estate Association (CREA) in Ottawa has updated its forecast for home sales activity via the Multiple Listing Service® (MLS®) of Canadian real estate Boards and Associations in 2013 and 2014.
Canadian residential sales areas have been normal as home sales across the nation have been fairly stable since last August when sales fell due to the fear of changes to mortgage financing, home lending rules and guidelines.

Residential home sales rose in over 60% of all local markets in May.  Increases were recorded in both small and all large urban centers including Greater Vancouver, Calgary, Edmonton, Winnipeg, Greater Toronto, Hamilton-Burlington, Kitchener-Waterloo, Ottawa, Montreal and Halifax-Dartmouth and Thunder Bay.

“While sales improved in sync among the vast majority of local markets in May, the fact remains that all real estate is local,” said CREA President Laura Leyser. “Your REALTOR® is your best resource for understanding how the housing market is shaping up where you live or might like to.  ” Until recently, mixed sales trends across the country taken together had resulted consistently in a stable national trend. The difference in May was that sales improved in so many markets at the same time.” Increases in Canada’s resale real estate adds one more to a string of promising economic indicators that surpassed forecast  by many real estate professionals. One month of data is not that significant however when taken in unison with other economic indicators the Canadian resale housing market results provide more proof of a stable trend for the Canadian economy.

Residential home sales registered 2.6% below May 2012, with number of transactions down slightly in about 60% of local markets. Volume of newly listed homes rose 1.9%  month-over-month in May. New residential listings were up in 67% of all local markets, led by a rebound in Quebec, as well as by gains in the British Columbia’s Fraser Valley, Edmonton, Winnipeg, and also in Greater Toronto which is considered one of the strongest real estate markets in Canada.

Across Canada  there were 6.4 months of excess residential real estate inventory at the end of May 2013. This verifies  the Canadian housing market firmed slightly compared to levels of 6.6 months at the end of April. The most active real estate provinces where the number of months of residential inventory declined include British Columbia, Alberta, Ontario, Quebec, New Brunswick, and Nova Scotia.

The Thunder Bay Real Estate Board was not included in the HPI Index due to the community’s relative isolation and the relative small size of the market.