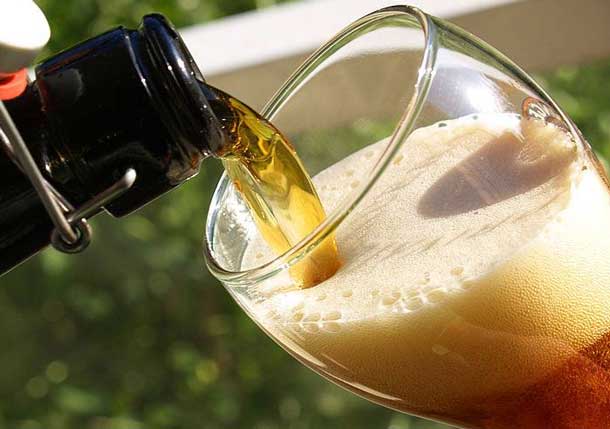 THUNDER BAY – A night out is always fun. Thunder Bay has many licenced establishments that offer destinations for a good time. The Alcohol and Gaming Commission (AGCO) sets the standards, and enforces the laws that impact licenced restaurants, bars and night clubs in Ontario.

The AGCO has recently added an additional full-time inspector to the local office in Thunder Bay. Part of that move is likely to handle some of the issues that face Thunder Bay Police Service officers who are responding to a large number of alcohol related calls.

In addition, Lisa Murray, a spokesperson for the AGCO states that undercover inspectors are ‘shuffled’ across Ontario to deal with concerns and problems.

Have you ever watched ‘Bar Rescue‘?

Just as Bar Rescue’s Jon Taffer sends in ‘undercover’ crews to examine what is happening in a bar, the AGCO sends in undercover inspectors to bars and clubs.

There is a difference however, AGCO inspectors have the power to impact the licenced establishment’s ability to be open. They are more concerned with serving levels, age of persons consuming alcohol and other aspects of Ontario legislation.

Running a licensed establishment can be profitable, and also entails a great deal of responsibility. The AGCO is tasked, in Ontario to make sure that the legislation is being followed.

The action shown on the Spike Networks show says, “Bars mean money, but they also mean stress if they aren’t properly run. Jon Taffer is a bar and nightclub owner who has started, flipped, or owned over 600 bars and clubs in his career and currently owns one of the most highly respected consulting firms in the bar and nightclub industry. Jon will travel around the country and employ his expertise to return struggling bars to the cash cows they once were. Everything from the science of the perfect pour, to the height of the bar stools is a key factor in making a bar the hottest place in town”.

Building a successful bar or licenced establishment in Ontario requires compliance with the legislation. The task of the AGCO is education, then enforcement which will range from fines to licence suspension to licence revocation in more extreme cases.

For the AGCO, enforcement is based on ‘Risk Based Enforcement’. When there are concerns or complaints, each of those concerns are investigated by inspectors.

Minors in a licenced establishment

What the legislation covers is the serving of alcohol to a minor. Once the minor is in the licenced establishment, the licence holder assumes the responsibility for the minor. If another bar patron decided to purchase alcohol for the minor, the licence holder is liable. For parents of minors who are concerned over potential ramifications for reporting their children who might have come home intoxicated, Romu shares that the AGCO Inspectors will welcome parents sharing that information and will interview the minor with the parents present. They would then shift the concern raised confidentially into an investigation of the complaint with the licence holder for the bar.

Licenced Establishments and the Law

A licenced establishment in Ontario also is responsible for what happens inside of their business when it comes to narcotics. Several Ontario clubs and bars have faced either suspension or revocation of their licences over allowing drugs in their business establishments.

The funds that the AGCO would level in fines are used to education.

The AGCO states, “When deciding whether to impose a monetary penalty rather than some other form of discipline on a licensee, permit holder, or registrant, the Registrar shall have regard and give appropriate weight to the following non-exhaustive list of factors:

There is also co-operation between the AGCO and Municipal Government. The AGCO states “The commission is committed to not only ensuring that the liquor and gaming industries we regulate are conducted with honesty, integrity and in the public interest, but also that we effectively address any concerns from members of the public or our stakeholders regarding AGCO policies, employee conduct and/or service levels. The AGCO has developed a process for dealing with complaints in order to meet these commitments and ensure transparency in our operations”.

A Licenced Establishment can be Liable

There are a number of court cases in Canada that have found that a licenced establishment is required to ensure the safety of the customers it has served – Even after they have left the premises. Courts in Canada are increasingly demonstrating that the licenced establishment is being held to an ever increasing standard of liability when patrons leave the bar or club in a state of intoxication. The courts are finding the licence holder liable at up to eighty percent or more depending on the circumstances.

The liability can range from what could only be called extreme negligence as happened in Ontario back in 1996:

The circumstances: A patron had become extremely intoxicated at a restaurant. Staff members picked him up, carried him out to his car, put him in it, and threw the keys on his lap. He drove away a short while later and injured someone in an accident.

The decision: At trial, the jury apportioned 78% of the blame to the restaurant and 22% to the patron. The Court found that the restaurants conduct was deliberate and reckless.

The lesson: The lesson to take from these cases is that the poorer the job a licensee does of living up to its duty to prevent harm resulting from over-service, the greater the percentage of fault that will be assigned to the licensee in the event someone is injured.

The circumstances: The licensee significantly over-served a group of patrons, who left at closing time, very intoxicated. The bar asked for the keys of the defendant, Foster, but he told them hed given them to someone else. Staff did not ask the other patrons for their keys. They assisted one of the patrons in calling a taxi. The group left the bar but did not get in the taxi. Instead, they got into Fosters car and were involved in a motor vehicle accident.

The decision: The licensee was liable for over-serving the patrons to the point where they were obviously intoxicated and then not ensuring that they got in a taxi. Because the patrons were the last customers to leave for the night, it would not have been onerous for the staff to take the patrons keys and/or follow them outside to see that they got into a taxi.

The lesson: The degree of over-service will increase the burden on the licensee to ensure that no harm results. If a licensee permits a patron to become extremely intoxicated then the court may hold the licensee to a higher standard in deciding whether it did enough to prevent the patron from driving.

More information can be found at www.smartserve.ca.

This summer, in Thunder Bay the AGCO will be offering training courses for licenced establishments.

For concerned citizens, looking to assist the AGCO and local police, Murray and Romu offer some advice. First complaints can be made confidentially. If an investigation goes forward there may be a need to testify, but the identity of a complainant is otherwise confidential.

Additionally. for the AGCO to build a case, the evidence they need must be solid. For example a person in a serious state of intoxication being reported to authorities as they leave a licenced establishment, the burden of proof is on the complainant. One must have apparently seen the person entering the establishment sober and leaving intoxicated.