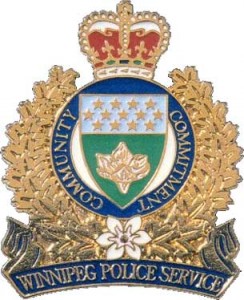 WINNIPEG – Crime –  Winnipeg Police report that “On Monday, February 25, 2013 at approximately 12:30 a.m. members of the Winnipeg Police Service were dispatched to the 1000 block of McPhillips Street for the report of a person having just been robbed”. Attending officers met with the 50 year old male victim who advised that he had just picked up his prescriptions when he was approached by two unknown males, both armed with a weapon and their identities concealed.

The males proceeded to rob him of his medications and personal property after which they fled in a vehicle.

The stolen medications include:

The victim was not injured. Both suspects are described as: Aboriginal in appearance, 5’7”-5’9” in height with a medium build. The vehicle is described as a black extended cab pick-up truck.

The investigation is continuing by members of the District 3 Crime Unit.

Anyone with information is asked to contact investigators at (204) 986-2848 or CrimeStoppers at (204) 786-TIPS (8477). The Winnipeg Police Service reminds the public that taking large quantities of these medications alone or in combination with other drugs or alcohol could be dangerous to your health or fatal.

The Winnipeg Police Service is working to reduce crime in their community, and engages on social media.