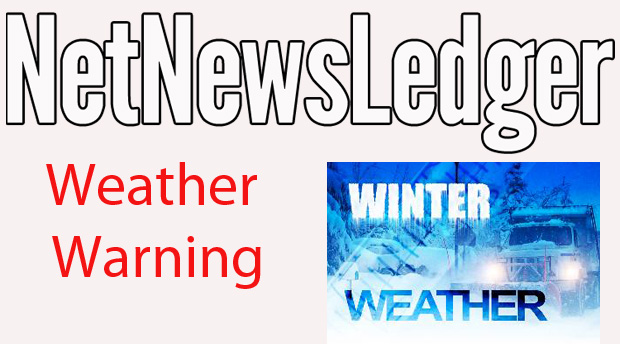 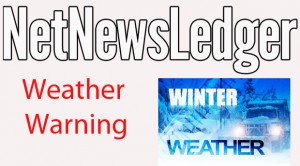 THUNDER BAY – Snow over the long weekend is impacting the region. While Thunder Bay is not impacted by weather watches or warnings, the Nipigon region will be. A Significant Snow alert has been issued for the area by Environment Canada.

Environment Canada reports, “A strong low pressure system is expected to track across the Algoma – Nickel Belt today. Snow has been affecting much of Northeastern Ontario during the night, but is expected to intensify today. Total snowfall amounts of 15 to 25 centimetres are expected by later tonight in the warned regions and will be accompanied by cold north or northeast winds to 50 km/h producing blowing snow in open areas”.

Travel east from Thunder Bay will be impacted.

Further north, Moosenee, Fort Albany, Geraldton, and the Greenstone area will also be impacted by this storm.

The Sault Ste Marie region is very close to where the centre of the storm will pass. Milder air ingested close to the centre of the storm may create a mixture of snow, ice pellets and some freezing rain very early this morning, before changing back to snow as temperatures fall this afternoon. Over this region, very strong northwest winds to 70 km/h or more will create dangerous blowing snow issues this afternoon and tonight.

In Kenora, Sioux Narrows, Dryden, Vermillion Bay, Red Lake and Ear Falls all school buses are cancelled for today. The issue is reportedly not added snow overnight, but a lack of clearing of snow from many roadways.