DRYDEN, THUNDER BAY- News – Dryden Mayor Nuttall is thrilled to be the host city for the Little Bands hockey tournament. The economic benefit of a hockey tournament to a small city in Northwestern Ontario struggling to balance the books should have officials in Dryden Ontario excited.

It does. Mayor Nuttall has been out to the Dryden Airport to personally greet players coming in to his city. The arrival of about a thousand guests into Dryden has local businesses excited too.

“I was out to meet the Dash 8 Wasaya flights at the airport coming in from Sandy Lake,” commented Nuttall. The Mayor is excited that Dryden has captured the hockey tournament and the visitors to Dryden from Sioux Lookout. Members of Dryden Council have been with the Mayor to greet players and officials coming to their community.

Dryden is working hard to make sure that everyone coming to the community has a great and safe time.

The Chief of Police, Robert A. Davis says, “This is an excellent opportunity for the City of Dryden to showcase our Wilderness City and I am confident that our local businesses and commerce will greatly benefit from this event”.

In the Neighbourhood Watch letter on the Hockey Tournament, the Chief of Police writes, “We are working with our partner police agencies to ensure we have additional officer on the streets, in parks, near the railway tracks, and throughout the City all day every day during the event.”

Mayor Nuttall commented that “There are only 8000 people here in Dryden, and we want to make sure the kids have a positive experience”.

The web page for the hockey tournament states, “Chevrolet Canada is donating a brand new 2013 truck for a shootout , tickets will be sold and a name will be drawn during L’ll Bands hockey tournament for the person to shoot the puck at the net from the center ice , the hole will be like 5 inches in length n 4 inches width in the middle of the net, at the conclusion of the event, shooter(s) have to be in attendance. It will be heavily promoted, so hundreds of people will be there, so let’s give them a show…aye?” 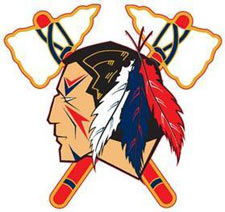 The L’ll Bands Hockey Tournament , brings in youth ages 4 to 17 years of age, along with parents, coaches, and chaperones.

Webequie First Nation has pulled out of the tournament over respect for the passing of a community member.

Mayor Nuttall is seeking more business for his community. Dryden has a website for Economic Development, Explore Dryden.

Some on social media have suspected that the letter from the Dryden Chief of Police might have racial profiling overtones in it. Mayor Nuttall wants to assure all visitors coming to his community that they are not only welcome, but encouraged. “We will take anything we can,” concluded the Mayor. The Mayor in an interview with NetNewsledger expressed that it is understandable that some are concerned, but that his community is ready, willing and open for business with the Aboriginal community.

Dryden 7-11 Damaged by Car Running into Front of Store