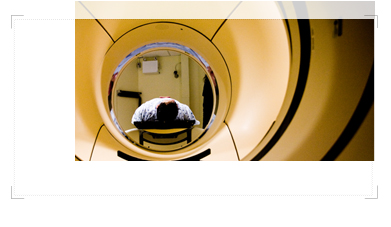 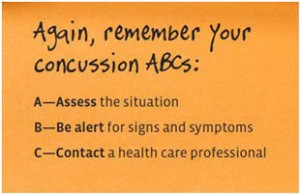 THUNDER BAY – Health – Violent sports related concussions are impacting athletes from many sports. Boxers, wrestlers, football and hockey players have all suffered injuries.  Injuries suffered by some athletes has resulted in terrible incidents, including the murder-suicide by professional wrestler Chris Benoit. There have also been numerous football players who have committed suicide.

Indeed, long-term, repetitive injuries that can cripple or eventually kill years after play have prompted dozens of headlines in major media outlets and several national studies, and even President Obama to recently weigh in on the subject. Dozens of former NFL players are suing the league over injuries sustained during years of play, and headlines were made this summer when former football great Alex Karras died at age 77 from various ailments, several allegedly said to be caused by years of hard hits.

Wake Forest University School of Biomedical Engineering and Sciences is expanding its ground-breaking research of testing football helmets to reduce the number of concussions to now include hockey, baseball, softball, and lacrosse. The five-year plan will see the Virginia Tech research center, headed by Stefan Duma, rate helmets worn by hockey, baseball, softball, and lacrosse athletes in their ability to lessen the likelihood of a concussion resulting from a violent head impact.

Ratings on hockey helmets are expected in fall 2013, followed by youth football in 2015, and then baseball, softball, and lacrosse in 2016. During that time, all ratings for adult and youth football helmets will continually be updated and released to the public.

The expansion into helmeted sports other than football comes on the heels of new research that allows for better prediction of sports-related concussions resulting from linear and rotational head accelerations. These accelerations result from head impacts that cause the head to translate and twist about the neck. The new research is published this month in the Annals of Biomedical Engineering (source).

“All head impacts result in both linear and rotational accelerations, and this publication provides the foundation for our research to address both accelerations relative to reducing the risk of concussion,” said Duma. “Our goal with the five-year plan is to provide manufacturers with a schedule detailing when we will release helmet ratings for each sport.”

The helmet rating system is based on more than a decade of data collection by Duma and his research staff, and utilizes the STAR, or Summation of Tests for the Analysis of Risk, formula that assesses the ability of football helmets to reduce concussion risk. Sport-specific testing methodologies will be added to the website that lists the rated helmets prior to the initial release of each sport’s helmets ratings.

Using data collected from more than 63,000 head impacts during a period of 10 years, Duma and Rowson related linear and rotational head acceleration to the probability of sustaining a concussion in the form of an injury risk function.

“This new analysis utilizes data measured from 62 concussions sustained by high school, college, and professional football players,” said Rowson. “We use these data to determine the best method to predict concussions when we test helmets in our laboratory.” In their research paper, the researchers write, “With as many as 3.8 million sports-related concussions occurring annually in the United States and research suggesting possible long term neurodegenerative processes resulting from repetitive concussions, reducing the incidence of concussion in sports has become a public health priority.”

In studying football-related injuries during the past decade, Duma and his research team have used on-field real-time sensors installed in the helmets of hundreds of adult and youth football players to study injuries, as well as a mechanical lab-tested 5-star rating system to track and grade commercially sold helmets.

The former can help indicate head injuries that require immediate attention while on the field of play. The latter has provided the only independent biomechanical data for consumers to make helmet purchasing decisions, Duma said.

Duma’s goal is not to end the sport of football, but make it safer while still keep the same expected adrenaline rush and action for players, and viewers.

“It is important to note that no helmet can prevent all concussions. The most effective strategies to reduce concussions in sports involve modifying league rules and player technique to limit exposure to head impacts,” Duma said.

“Beyond this, head impacts are a given in sport. Our research focuses on identifying helmets that reduce concussion risk so that athletes can make informed decisions based on independent data when purchasing equipment, which in turn, incentivizes helmet manufacturers to design helmets that better reduce head acceleration.”