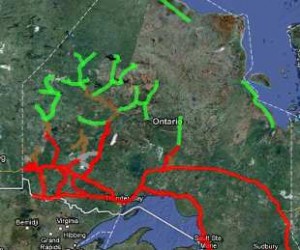 “Close and sustained participation from those on the “front lines” of northern infrastructure adaptation will play a central role in the standards development process and beyond,” says Mike Burns, Assistant Deputy Minister, Asset Management Division, Public Works and Services, Government of Northwest Territories, and Chair of SCC’s Northern Advisory Committee. “It is our role (on the advisory committee) to facilitate this collaboration and to help ensure that the tools developed through NISI will truly meet the needs of northern communities.”

Following a competitive bid process, SCC selected CSA Group to spearhead the formation and management of technical committees that will develop standards in the following four areas:

“SCC’s goal is to provide a sustainable and effective means for Northerners to take advantage of standardization,” says SCC’s Chief Executive Officer, John Walter. “The standards and guides developed as a result of this initiative will not only address current built infrastructure challenges, but will also contribute to reinforcing the fabric and quality of life in Canada’s North.”

“Since 2005, CSA Group has been actively researching the role standards and codes play in helping to mitigate the risk associated with changing climate and its impact on infrastructure in various regions of Canada,” says Bonnie Rose, President, Standards, CSA Group. “This knowledge will prove invaluable in developing standards for the cities, towns and aboriginal communities of the far North.”

Funding for the development of the standards and capacity building activities comes from the Government of Canada’s Clean Air Agenda. NISI is managed by SCC with support from Aboriginal Affairs and Northern Development Canada (AANDC). SCC has been granted $2.5 million over five years for program implementation. This initiative will contribute to the adaptation of critical codes and standards to address the effects of climate change on new infrastructure, as well as retrofits, maintenance and repairs to existing infrastructure.