Home Politics Mayor Hobbs – I have advised the Thunder Bay Police Services Board... 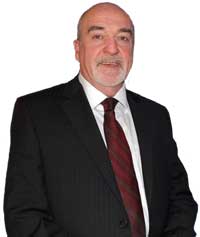 THUNDER BAY – Leaders Ledger – I have advised the Thunder Bay Police Services Board that I am stepping down from the Board after nearly two years of service.

The Board is accepting of my decision given that my past career in policing has frequently created situations where I must declare a conflict and remove myself from specific deliberations. As well, removing myself from the Board will allow me to more freely comment on community safety matters as is expected of the Mayor of any municipality.

This is a mutually acceptable change in the composition of the board. A new City Council representative will be selected on October 22.
I wish the Board all the very best in their deliberations as they oversee the provision of police services in the City of Thunder Bay and on a contract basis to Oliver Paipoonge.

The Board is the civilian trustee of the public interest as it pertains to police services in the community. The Board is made up of five members (three municipal and two provincial appointees) plus a board secretary.

The Board’s mandate is legislated by the Ontario Police Services Act and can be summarized as general management and setting of policing policy. The Chief is responsible for daily policing and other operational matters. Generally, the Board’s role in shaping the structure of policing is very broad, limited by legislation only in the realm of daily operations.