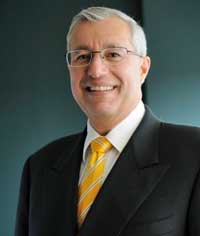 NORTH BAY – Leaders Ledger – It’s been over four months since Rick Bartolucci announced his fire sale of Ontario Northland. Yet in that time, he has failed to answer a simple yet fundamental question – how are you going to execute this and maintain service and jobs for Northerners? As Northern Development Minister, Bartolucci should have at least had the courage to come to North Bay and make the announcement himself. Yet here we are months later and he still has failed to put anything concrete on the table. This is one of his core responsibilities as a Minister and one of his biggest files. Minister, are you telling Northerners you announced this and had no plan?

The ongoing uncertainty and bungling of the ONTC fire sale has caused damage not only to employees and communities, but it also means Ontario Northland customers are genuinely afraid there won’t be any service left for them when you’re done. That uncertainty means delays in hiring and investment by those customers. I know – because I, unlike Rick Bartolucci, took the time to talk to visit and talk with these stakeholders in person.

Minister, just put your plan on the table and we, as Northerners, will tell you what we think about it. However, we’re deeply disturbed at how badly this file has been handled, and the damage grows deeper every day, with each delay and silly game the Minister plays.

Ontario PC Leader Tim Hudak views the ONTC as an essential transportation corridor and business for economic development in Northeastern Ontario, and favours the best approach that will create jobs in the region. During last year’s election campaign, the Ontario PC Party advocated shifting responsibility of the ONTC from the Ministry of Northern Development and Mines to the Ministry of Transportation to provide greater access to the MTO’s $35 billion infrastructure fund.

Minister, you can try to tar as many people as you want while you dither and fumble with the future of Ontario Northland. But the fact remains — this is YOUR decision. This is YOUR fire sale. Thus, the impact on jobs, investment and quality of life in Northern Ontario is YOUR responsibility. YOU are supposed to have the plan, yet months later, it’s clear that you don’t – and never did. You put partisan politics ahead of proper policy. Making such an important decision without a solid plan of action would have got you fired in the private sector a long time ago.

Minister, your tired, derelict act may serve your own self-interest, but it certainly isn’t serving the interests of Northerners. It’s time to show us your plan.