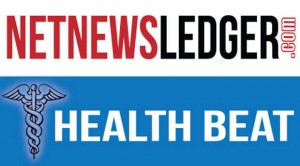 THUNDER BAY – Healthbeat – Making healthy choices in your diet make for a healthier you. Many people in our region have fought cancer. Scientists at the Center for Cancer Prevention research in the United States have some suggestions. Next time you need to choose between vegetable oil and margarine in that favorite recipe, think about your health and reach for the oil.

While the question of whether vitamin E prevents or promotes cancer has been widely debated in scientific journals and in the news media, scientists at the Center for Cancer Prevention Research, at Rutgers Mario School of Pharmacy, and the Cancer Institute of New Jersey, believe that two forms of vitamin E – gamma and delta-tocopherols – found in soybean, canola and corn oils as well as nuts do prevent colon, lung, breast and prostate cancers.

“There are studies suggesting that vitamin E actually increases the risk of cancer and decreases bone density,” says Chung S. Yang, director of the center. “Our message is that the vitamin E form of gamma-tocopherols, the most abundant form of vitamin E in the American diet, and delta-tocopherols, also found in vegetable oils, are beneficial in preventing cancers while the form of vitamin E, alpha- tocopherol, the most commonly used in vitamin E supplements, has no such benefit.”

Yang and colleagues, Nanjoo Suh and Ah-Ng Tony Kong, summarized their findings recently in Cancer Prevention Research, a journal of the American Association for Cancer Research. In a Commentary, “Does Vitamin E Prevent or Promote Cancer?” the Rutgers scientists discuss animal studies done at Rutgers as well as human epidemiological studies that have examined the connection between vitamin E and cancer.

“When animals are exposed to cancer-causing substances, the group that was fed these tocopherols in their diet had fewer and smaller tumors,” Yang says. “When cancer cells were injected into mice these tocopherols also slowed down the development of tumors.”

In researching colon cancer, Yang pointed to another recently published paper in Cancer Prevention Research indicating that the delta-tocopherol form of vitamin E was more effective than other forms of vitamin E in suppressing the development of colon cancer in rats.

This is good news for cancer research. Recently, in one of the largest prostate cancer clinical trials in the United States and Canada, scientists found that the most commonly used form of vitamin E supplements, alpha-tocopherol, not only did not prevent prostate cancer, but its use significantly increased the risk of this disease among healthy men.