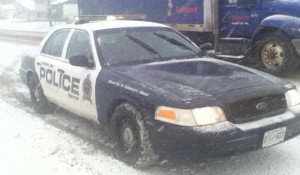 THUNDER BAY – Crimebeat – Thunder Bay Police have received numerous concerns from citizens about youths gathering in the River Terrace Park area to drink and party on an ongoing basis. Residents have issued concerns over the problem for several weeks. Over the weekend, the Thunder Bay Police had directed patrols were assigned to members of Uniform Patrol and Community Response Team to help deal with the issues of under age drinking , mischief, theft from vehicle and trespassing that have been reported regularly in the area.

The poor weather on Friday minimized the activity in the area and no offences were reported. However on Saturday night, officers were kept quite busy dealing with approximately 50 youth during the evening. Officers seized 84 beer, one bottle of liquor and one bottle of wine from youths in the area. In lieu of charges the alcohol was seized. No youths were found to be intoxicated.

While officers were dealing with three males on alcohol related offences, they seized a quantity of marijuana and arrested 2 males with possession for the purpose of trafficking. One of the youth was also charged with breach of probation.

Officers also issued one Provincial Offence Ticket to a GI Driver who was driving her friends around in the area. The parents were notified and came to retrieve the vehicle.

The safety issues that surround underage drinking are a major concern to police. Directed patrols will continue as required.