Home News Editorial The sooner the Event Centre is a reality, the better 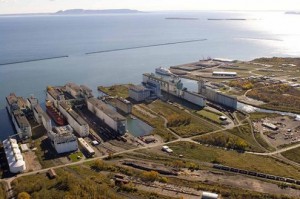 THUNDER BAY – The discussion over an Event Centre for Thunder Bay is ongoing, and is likely to generate continued debate in our community. The views of people across the community vary from complete support to complete opposition. It is likely many simply are neutral and quiet. There is also a fairly strong debate over a location for the Event Centre.

The simple fact of the matter is that Thunder Bay needs a facility for conventions, for cultural events, and for hockey. The Fort William Gardens has been an anchor for events in our city for decades. However it was built in an era where sound accoustics and concerts were not considered a primary function. Today to fully enjoy a concert having great sound is one of the key components.

The Community Auditorium is a fantastic example of the importance of a facility having amazing sound. However it could be argued that concerns raised in the community resulted in a far smaller facility being built as a means of attempting to appease critics. Tickets for major acts in a small facility mean the tickets are very expensive.

Another reality is that for Thunder Bay to continue to evolve, our community needs to have the needed facilities that are required. Hosting conventions in Thunder Bay need to be in a facility which will meet the needs of organizers.

Thunder Bay City Manager Tim Commisso is doing a fantastic job of reaching out to the public to gather feedback on the Event Centre. There have been several public meetings, most have been live-stream broadcast so to encourage greater viewership and engagement.

All said, it comes down to making a determination for a location which will be one of the major factors.

The facility will be a major investment in our city and in the future. That investment must be planned to maximize the growth potential in our city for business. That is where proponents of a downtown location in the Northward, or Port Arthur downtown core, or one of the ignored opportunities, perhaps the downtown South core, or Fort William downtown core, present those opportunities better than Innova Park or the Airport.

In all major cities in Canada, the downtown is seen as the heart of the community. In Thunder Bay, since the amalgamation of Port Arthur and Fort William in many ways the twin hearts of the community were allowed to weaken as a lot of growth was promoted in the middle of the city.

Perhaps the compromise to try to appease everyone was overdone in planning toward Thunder Bay?

Another concern should be addressed, and that will have to come from the people in our city. Thunder Bay has developed a reputation as a last minute audience. People wait until the last minute to purchase tickets to events. That leaves promoters worrying if there will be enough people coming to events to make it worthwhile to hold the show. Those interested in an event centre should be making sure that our music and arts events are ones they are supporting.

The other area that should be explored are partnerships. This should include more than simply naming rights. Possible partners could include Lakehead University, a proposed hockey team, as well as corporate sponsors.

The real issue should be that for Thunder Bay to continue to move forward, the sooner the Event Centre is a reality, the better.