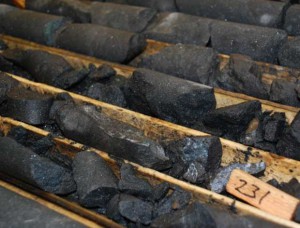 THUNDER BAY – KWG Resources Inc. (TSXV: KWG) will host its Annual and General Meeting of Shareholders on February 29, 2012 at 11:00am (local time) at the Saint-James Club of Montreal, 1145 Union Avenue, Montreal, Quebec.

KWG also owns 100% of Canada Chrome Corporation which has staked claims and conducted a $15 million surveying and soil testing program for the engineering and construction of a railroad to the Ring of Fire from Exton, Ontario where the Trans Canada line of the Canadian National Railway can be connected.

The purposes of the meeting are described in the Notice of Annual and Special Meeting of Shareholders mailed to shareholders February 2, 2012 and available on SEDAR at www.sedar.com. The Notice of Meeting sets out a number of matters that shareholders are being asked to vote on, including three proposed changes to the Company’s Articles of Incorporation.

KWG has many shares outstanding and for some years these have traded in a range of as little as $0.05 per share to as much as $0.14 per share. It is proposed to let all shareholders wishing to do so acquire with each fifty of their present shares one new multiple-voting share, provided that these may be converted back into the fifty subordinate voting shares at any subsequent time of their choosing. It is hoped that if enough shareholders elect to convert some of their holdings into multiple-voting shares, these may be separately listed for trading so that they could qualify for broker margin loans.

Shareholders are also being asked to approve a change of jurisdiction so that the law governing KWG’s constitution will be the federal Canada Business Corporations Act (“CBCA”). As Quebec recently adopted changes to its company law statute, it is now available to KWG to make this transition easily and so reduce its operating costs by domiciling in Toronto where its management resides.

Also, shareholders are being asked to give the KWG Board of Directors authority to possibly create and issue Special Shares if there is an opportunity to do so. The Special Shares will not have priority to KWG’s common shares, but may be created with features that will be useful in further financing the company, or acquiring additional assets.

About KWG: KWG has a 28% interest in the Big Daddy deposit and is presently earning an additional 2% interest in it under an option agreement to create a joint venture with Cliffs Natural Resources Inc. (Project Operator) on April 1, 2012.