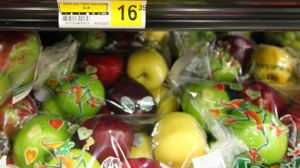 Updated – THUNDER BAY – Investigative Report – Imagine being banned from the only store in your community that offered groceries, and supplies? Then imagine if that ban extended to all members of your family? Does that sound like something that could only happen in the distance past or in some despotic regime? Being banned from the Northern Store apparently can happen.

Northern Stores has contacted NetNewsledger.com at 1:30PM on February 4, 2012. The banning has been rescinded. The customer in this story is now allowed in the stores, along with his family. There will be more updates on this story.

It is happening in Canada, right now. A customer and his family have been banned from shopping at the Northern Store in their community.

The Northwest Company (NWC) is a fixture in many communities across Northern Canada. The company states, “Our core strengths center on our ability to adapt our product mix to each market we serve; our logistics expertise in moving product to, and operating stores within, remote or difficult to serve locations; our knowledge in serving indigenous and lower-income customers and our ability to apply these strengths to serve customers within complementary niche markets”.

In many Northern communities, the Northern Store is the single retail business in the community. A typical store is 7,500 square feet in size and offers food, family apparel, housewares, appliances, outdoor products, and services such as quick-service prepared food, special ordering, money transfers, and cheque cashing. The company is often in a monopoly situation in the community. It is the grocery store, the bank, the gas station in many cases, and a gathering point for the community.

Edward Kennedy, the Northwest Company President and CEO states, “Our stores began business trading with Aboriginal Peoples on the coast of James Bay, Canada over 340 years ago. Today, as one of the oldest continuing enterprises in the world our sustainability can be attributed to listening, respect, being able to adapt, putting the customer first and striving to be a helpful, supportive community citizen”.

A customer of the Northern Store, #444 in Moose Factory, along with his entire family has been banned from shopping in the store for the next two years.

At issue is a cheque which was cashed at the store last summer. The customer cashed the cheque from a company he had worked for. It later bounced. The customer has over the past several months made restitution to the Northern Stores. The cheque was for $803.31. The customer had made some payments toward settling the issue. $$300 was paid by Jan 31, 2012. The balance has now been paid.

What is unusual, and appears missing in this action by the Northern Stores are that by taking this action against all members of the family, they are assessing punishment on people who had nothing to do with the situation at hand at all. It is almost as if in the company’s mindset, or at least in the manager of the store’s mindset, the Charter of Rights and Freedoms doesn’t affect their actions. In Canada, “Every individual is equal before and under the law and has the right to the equal protection and equal benefit of the law without discrimination and, in particular, without discrimination based on race, national or ethnic origin, colour, religion, sex, age or mental or physical disability”.

By banning other members of the family, it could be argued is discrimination based on their Charter Rights. The Northern Stores, and the Northwest Company may be leaving themselves wide open for a law suit.

Information on this ban has been posted online on the company’s Facebook page. It is generating a lot of commentary. Thus far the company has not responded to any of the comments, nor has the company removed the posting from the wall of its page.

One former Northwest Company manager comments, “I was a Store Manager for TNWC for 10 years and have NEVER heard of such a practice”. Another current employee shares, “Been with the company 13 years, and it is not what we do”. Another employee comments, “In all my time with the company its never been an invite only to shop at any northern store”.

Edward Kennedy, the President and CEO of the Northwest Company has been contacted for comment on this issue, but as yet has not responded. 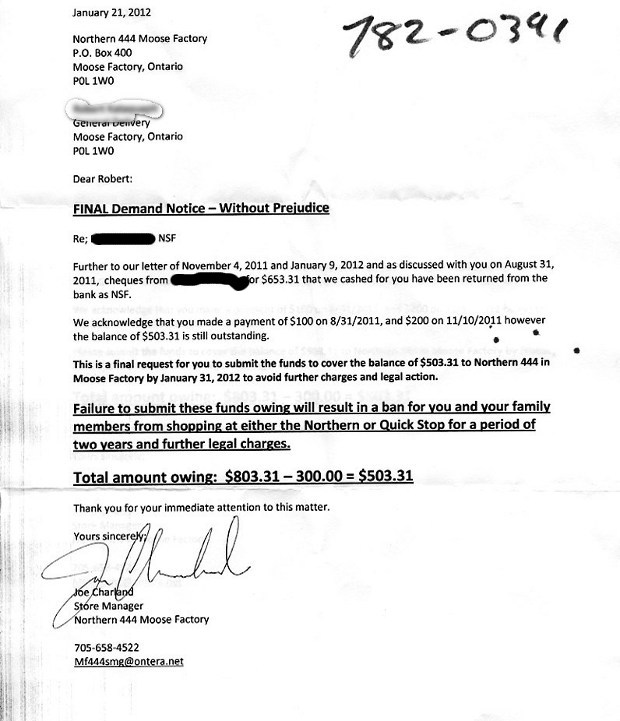