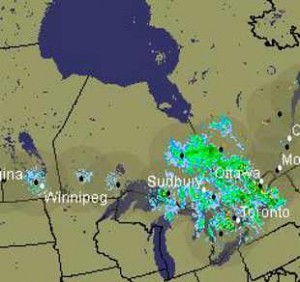 THUNDER BAY – Editorial – Prime Minister Stephen Harper’s recent comment that he does not want the future of the Northern Gateway pipeline to be decided by “certain” people in the United States who would like Canada to be one giant national park was remarkable in its parallels to the economic development situation in Northern Ontario. In the case of the Northern Gateway, along with opposition from environmental groups and some First Nations in Alberta and British Columbia, a number of U.S. based environmental groups accompanied by some Hollywood celebrities have voiced opposition to the plan. In Northern Ontario, there have been complaints that the Far North Act and the Endangered Species Act will hinder northern development because of the wish of environmental groups in southern Ontario to turn the north into a vast provincial park.

The parallels are intriguing. The relationship between Northern Ontario and the south is remarkably similar to that between Canada and the United Canada. Relative to the United States, Canada is natural resource intensive and sparsely populated. It is generally out of sight and out of mind for most of the U.S. public except when we send them a blast of cold Arctic air or make some strange noises in the media. Relative to southern Ontario, Northern Ontario is also natural resource intensive with the south being capital intensive and more densely populated as well as more urban. The North is also generally not on the radar of either the public or politicians in the south. Canada seems to feel ignored by the United States while Northern Ontarians feel alienated from the south.

Yet, there are also some important differences. About 90 percent of Canada’s population lives within about 100 miles of the U.S. border – the same cannot be said for the population of northern Ontario with respect to the province’s south. As well, 80 percent of the north’s resource exports do not go to southern Ontario – they go to the rest of the world – and primarily the United States. Finally, northern Ontario is politically part of Ontario while Canada is politically separate from the United States. As a result, if Canada feels that the United States is trying to turn it into a big park, its status and powers as a sovereign nation allows it to make decisions to try and counter this – such as trying to find other customers for its natural resource products. If Northern Ontario feels the south is trying to turn it into a giant park, well there is not much it can do because it has not the status, institutions or powers to influence its own economic and political direction.

While Canada may be an economic dependency of the United States based on the fact that 80 percent of its exports go there, it can take political action to deal with its economic interests. Northern Ontario’s resource economy is dependent on international markets but it cannot take any direct political action to deal with any of its economic concerns – it is dependent on Queen’s Park to address its needs and getting Queen’s Park’s attention is hard work. We spend a great deal of our time lobbying politicians, civil servants and interest groups in Toronto and as a result our regional economic culture has evolved not into an entrepreneurial culture but a culture of planning, supplication and bureaucracy. The impact of all this on Northern Ontario’s long-term economic future is incalculable.

Livio Di Matteo is an economist in Thunder Bay, Ontario specializing in public policy, health economics, public finance and economic history.  Livio Di Matteo is a graduate of the Fort William Collegiate Institute (1898-2005) whose school motto “Agimus Meliora” has served as a personal inspiration.  Livio Di Matteo holds a PhD from McMaster University, an MA from the University of Western Ontario, and an Honours BA from Lakehead University. He is Professor of Economics at Lakehead University where he has served since 1990. His research has explored the sustainability of provincial government health spending, historical wealth and asset holding and economic performance and institutions in Northwestern Ontario and the central North American economic region. His historical wealth research using census-linked probate records is funded by grants from the Social Sciences and Humanities Research Council of Canada. He has constructed, assembled and analyzed nearly 12,000 estate files for Ontario over the period 1870 to 1930. Livio Di Matteo writes and comments on public policy and his articles have appeared in the National Post, Toronto Star, the Winnipeg Free Press, Thunder Bay Chronicle-Journal, and NetNewsledger.com.  Livio Di Matteo has had an entry in Canadian Who’s Who since 1995.