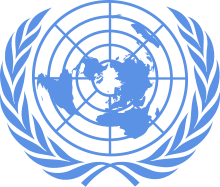 UNITED NATIONS – International – The United Nations General Assembly has approved their 2012-2013 budget totaling $5.15 billion. The agreement was welcomed by UN Secretary-General Ban Ki-moon as a collective achievement and a commitment to “Do more and better with less. All budget years are tough. But this year was especially difficult,” Mr. Ban said in his remarks to the General Assembly. Governments and people everywhere are struggling. It is a time of global financial austerity,” he added.

Ban stressed that although the approved budget is lower than the one from the previous biennium, it was imperative to “make the most of our resources” to be able to “continue fulfilling every one of the critical global mandates entrusted to the United Nations.” Ban also pledged to continue to ensure Member States’ contributions are optimized and that all mandates given to the Secretariat be delivered “in full and with efficiency.”

Secretary-General had initially proposed a budget of $5.197 billion in October, which represented a 3.2 per cent cut in the current financial plan, as part of adjusting to the current sluggish global economy. His proposed budget included a series of modifications based on efficiencies, improvements and investments, with a net decrease of 44 posts as well as cost-cutting for travel, consultants, general operating expenses, supplies, materials and equipment. The General Assembly examined and discussed all of these aspects over the past two months.

Assembly President Nassir Abdulaziz al-Nasser praised the “robust and constructive engagement” of all delegations in reaching consensus on a financial plan, adding that the negotiation process had been “particularly challenging this year in the wake of global financial challenges.”

The budget was among a host of resolutions adopted by the Assembly as it wrapped up its work for the year, which also included a text approving $583.38 million of the budget to be allocated for 29 special political missions for 2012.

The Assembly also adopted texts on the culture of peace, the strengthening the coordination of UN humanitarian and disaster relief assistance, and assistance to survivors of the 1994 genocide in Rwanda, particularly orphans, widows and victims of sexual violence.