Home Anishinaabe Where does Chief Spence live in Attawapiskat? There are no mansions in... 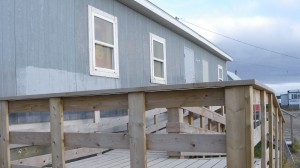 THUNDER BAY – Editorial – Where does Chief Spence live in Attawapiskat? For some the story of Attawapiskat has been one of finger pointing and seeking to point out mistakes. For others it has been responding to the crisis pointed out by the Chief and Council of the Attawapiskat First Nation that a severe housing shortage exists. One of the features of online news across Canada have been the comments sections. On comments sections across the Internet many people have asked why the home of Attawapiskat Chief Spence has not being featured.

It appears the intent is to show how the Chief is living in luxury, or somehow that the media, New Democrats, and Liberals along with the Band are trying to hide something. Or is it simply a way of further blurring the issue?

Perhaps it is an effort to attempt to show how the Chief is living in luxury while her band members suffer?

With a little digging, here is the story. Chief Spence lives in a building which is the former Nishanawbe Aski Police Services office. The building was renovated so to accomodate the Chief along with her 80 year old mother who lived with her. The Chief lives in this building along with her children. 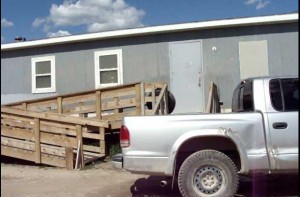 “Former Nishnawbe-Aski Police Service (NAPS) Office was Deputy Chief Theresa Spence’s residence in 2009 – still now her residence as Chief of Attawapiskat. At one time, Chief Spence gave up her residence to accommodate a bigger family that needed it. There are no mansions in Attawapiskat,” shares photographer Christopher Kataquapit.

In Attawapiskat, there have been housing shortages for over twenty years. That fact was presented to the Royal Commission on Aboriginal Peoples in 1992.