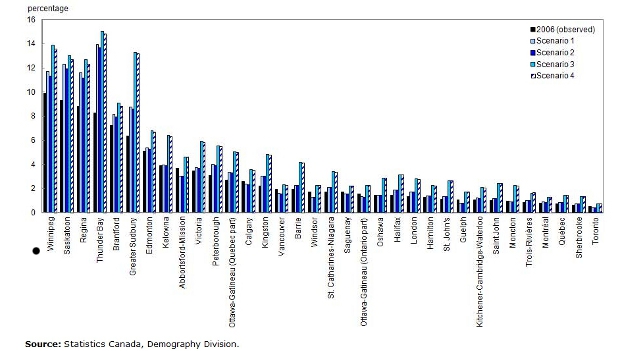 The average annual growth rate of the Aboriginal identity population as a whole during this period would be between 1.1% and 2.2%, compared with 1.0% for the non-Aboriginal population.