Home Anishinaabe Attawapiskat – What is De Beers doing to help? 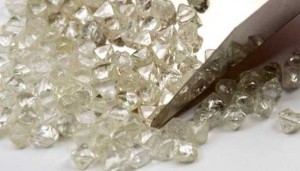 ATTAWAPISKAT – Many have questioned what De Beers, who are operating the Victor Diamond Mine near Attawapiskat are doing in the community to help out during the crisis. A NetNewsledger.com reader has shared an email received from the company.

Here is the contents of that message:

Attawapiskat – What is De Beers doing to help?

Like you – we have concerns about the housing situation in Attawapiskat First Nation, as the largest portion of our workforce comes from the community, which is a fly-in/fly-out community located 90 kilometres from the mine. Our company maintains a presence in the community with a two-person office (where I’m currently working from) and a training facility where we fly our training team in to conduct regular training programs with community members.

To help with some background on our activities in the community, the Victor Mine was originally discovered in 1987. Since then, we have been working with the community through the various stages of exploration, advanced exploration, the feasibility study, the environmental assessment, construction starting in 2006 then operations starting in July 2008. At each stage of that development, a variety of agreements were put in place with the community to ensure their participation and local benefits.

In November 2005 after three years of negotiation, a comprehensive Impact Benefit Agreement (IBA) was reached between De Beers Canada and Attawapiskat First Nation. That agreement includes specific compensation and protocols to ensure Attawapiskat First Nation is the primary beneficiary of benefits available during the construction, operation and closure of the Victor Mine. Compensation includes items such as training, employment, business opportunities and direct financial compensation.

The agreement also outlines our requirements and commitments in non-financial areas such as the environment and local cultural activities and practices. This agreement was voted on and ratified by the community in November 2005 before we began the construction of the Victor Mine.

Under the IBA, a series of joint management committees were established to oversee the execution of the agreement.

In 2009, a sewage backup in Attawapiskat displaced nearly 100 people. Although we had only been in operation for one year, we flew crews and project managers into the community at our expense to reconfigure previously donated multi-unit trailers into emergency housing for those displaced by the situation. These trailers are the same type still being used today by a number of our own employees at our mine, which is also fly-in/fly-out.

Working with the community over a period of a couple of weeks, we were able to complete that project just before the first snow. The value of the trailers combined with the costs to deliver them to the community, redesign and install them totaled more than $3 million – a cost covered by De Beers Canada.In 2009/2010, De Beers Canada funded consultant work on behalf of Attawapiskat First Nation so the community could undertake a comprehensive study into their housing situation.

This work included identifying the housing needs and deficiencies as well as the development of a plan for the community to address its housing shortage.

Our understanding is that this was later submitted by Attawapiskat First Nation to the federal government.These two major activities were over and above the formal commitments we have in our IBA.

De Beers Canada is continuing to work with the community through the IBA to ensure we maximize benefits to the community.

Since the start of construction, over $325 million in contracts have been awarded to solely owned or joint venture companies run by the community.

Just this year alone, contracts awarded to the community total $51 million. Earlier in this note I referred to the training facility we are operating in the community.

In fact, this was the second training facility that we constructed and donated to the community at a combined cost of almost $2 million. The community runs the other facility. Every year for more than five years, we have been purchasing and delivering new books to every child in the community from kindergarten to Grade 12 as part of a program to grow literacy and education levels in the community.

We also have in place a scholarship program. In support of the efforts for a new school, we donated project trailers, helped the community review a design proposal and offered our project management expertise.

These efforts can help reduce some of the key start-up costs in the construction of a new school. Although the Victor Mine is a small mine by both physical size and production (in fact it is the smallest diamond mine in Canada with the shortest life-of-mine of the four existing diamond mines in Canada), we are proud of the commitment of our team to all of our community partners – including Attawapiskat First Nation – in just three years of operation.

I hope this information is helpful to you and provides you some assurance that De Beers Canada is committed to maximizing the benefits for our community partners in Attawapiskat First Nation and across the country in our other areas of operation.

Since the earliest stages of our relationship, the community has made it quite clear to us that our role is not to become involved in matters that are under the jurisdiction of the community and other levels of government. When community issues arise outside the IBA or our direct responsibility such as housing, we will continue to work with our partners to play whatever support role our resources and expertise allow.