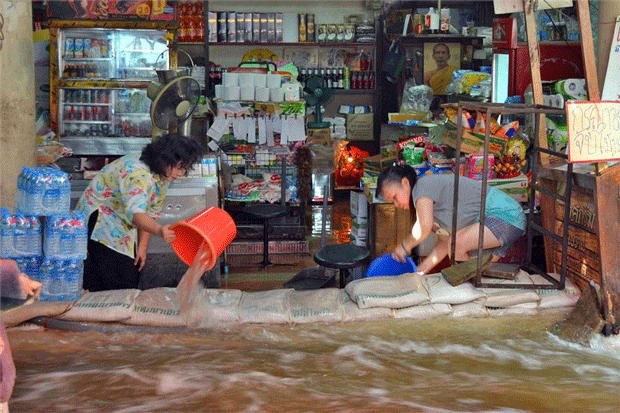 NEW YORK – The United Nations will provide 20,000 insecticide-treated mosquito nets in temporary shelters and other areas in flood-hit Thailand in a bid to protect people from dengue fever and other mosquito-borne diseases, as weather forecasts predict more heavy rainfall over the weekend.

The UN Children’s Fund (UNICEF), which procured the nets locally, said in a press release yesterday that it has set aside an initial $300,000 to support the Thai Government’s flood response efforts, focusing on health, child protection, water, sanitation and hygiene.

Unusually heavy rainfall in Thailand has resulted in the worst flooding in more than five decades, with 370 people killed and vast swathes of the country’s 29 provinces, including the capital, Bangkok, inundated. More than 2.1 million people are estimated to be affected.

The mosquito nets will help children and their families ward off dengue fever, which is prevalent in all regions of Thailand

A spokesperson for the UN World Meteorological Organization (WMO), Clare Nullis, told reporters in Geneva that a combination of high tides and more rain-related flooding is expected between today and Sunday.

“The mosquito nets will help children and their families ward off dengue fever, which is prevalent in all regions of Thailand,” said Tomoo Hozumi, the UNICEF Representative in the country. “In those limited areas where other mosquito-borne diseases are endemic and could become health issues due to flooding, the nets will also offer increased protection.”

UNICEF will spend $102,000 to establish “child-friendly spaces” in 20 large temporary shelters to provide safe areas for recreation and psychosocial support activities. The project, being implemented in collaboration with the charity Save the Children, will also provide technical support for the registration of children in shelters and the dissemination of messages to prevent separation, abuse and exploitation.

The agency is also distributing 20,000 pamphlets with information on practical, low-cost actions that families should take to protect their health and the well-being of their children during floods and other emergencies.

The pamphlets contain advice on the prevention on injury, vector-borne diseases and basic hygiene, such as frequent hand washing.

UNICEF will also support the training of teachers, social workers and volunteers to provide psychosocial counselling to affected children during the flood recovery phase.